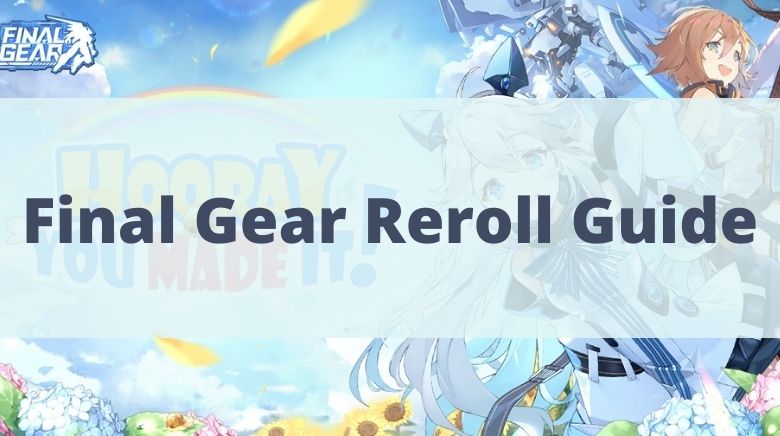 The following Final Gear reroll guide is based on the English Global version of the game. You will learn how to reroll step-by-step, what to reroll, reroll target, etc. If you are new to the game, make sure to check out the Final Gear tier list and promotional codes. Now, let’s not waste any time and get to the main content: –

The Final Gear game does not offer any kind of reset function, so you would not be able to reset the game if you have linked the game to Google/Apple/Facebook accounts. You will either need to have multiple accounts of service or use the guest login service. If you use the guest login, then you will be clearing the game data or uninstall -> reinstall to reroll. Re-download is required when you start over or clear the data or reinstall.

The second step in this Final Gear reroll guide is to progress through the story missions and unlock the “Recruit” function of the game, which is on the right side of the game screen. It should be unlocked by stages 2-4 in the story/campaign mode. You will go through a bunch of tutorials many times, skip the dialogues to quickly reach and clear this stage.

Once you have unlocked the recruit function, go to the recruit tab -> there you will find the novice recruitment tab. It lets you draw 10X pilot characters and reroll for an infinite number of times, although you can save only one batch. Tap on the start recruitment button. Check the SSR and SR characters that you have got. Save if they are good, draw again if you don’t get any good characters. Check out this Final Gear tier list if you don’t know what characters are the best ones.

The fourth step in this Final Gear reroll guide is collecting and spending the crystals. You’ll need crystals to recruit pilots. Go to lobby -> check trophies/events(sign-in), requests -> claim the rewards. Also, check the mailbox -> claim the rewards; hope you get crystals there as a pre-registration reward. Progress further through the story mode if you want to grind more crystals.

X1 Recruit costs 150 Crystals. 10 Draws cost you X1500 Crystals. Spend the crystals; aim for at least X1 top-tier SSR character. Check out this Final Gear tier list if you don’t know what characters are the best ones.

So this would be all in this post on Final Gear Reroll Guide.