New to the Soul of Eden game and have no idea of top-tier cards to build the best deck? Then check out this Soul of Eden tier list: best deck guide 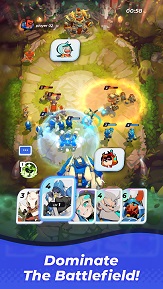 In this post, we have shared the Soul of Eden tier list that showcases the best top-tier cards that you can use to build the best deck. While building the deck, you need to keep a couple of things in mind; first, must have low-AP cost cards(x2, x3). Second, have a great balance in the deck; must add the shield units(the one with high HP and DEF stats), attackers(ranged, and melee/high-speed melee). Third, building the deck with top-tier cards would not be enough if you fail to utilize them properly.

To win the battles in Soul of Eden, you need a proper strategy – based on the deck that you have built. The first tip we would like to share is to get familiar with the cards’ strength. Check its stats and skills. Also, before diving into the PvP arena, make sure to try the deck first. On the deck menu (deck menu -> deck option), tap on the training option. Try the deck in the training mode and see how your units are performing.

That being said, now, let’s have a look at our Soul of Eden tier list, which we have classified into four tiers; tier 0, tier 0.5, tier 1, and tier 1.5. In the tier 0 list, we have put the top-tier cards. The tier 0.5 list showcases the cards or units with great potential. You can expect a good to the best performance in the battle. Speaking of tier 1 units, they’re sort of average. And, tier 1.5 units are situational – could perform well if utilized properly – but, not as good as tier 0 or 0.5. 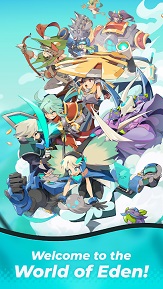 These top-tier cards are the best ones in our opinion: –

Nuclear Strike is one of the best spell cards in Soul of Eden’s republic deck that inflicts AoE DMG, It costs x5 AP to cast this spell.

Furi is an attack-type unit in Soul of Eden with specialties in healing, AoE DMG, and control. She can stun the enemies, heal the allies, and inflict AoE DMG. It costs x4 AP to cast this card.

Tadakatsu is another one of the top-tier unit cards in Soul of Eden that can teleport next to a random foe and slay down all nearby enemy units. This unit is very fast and amazing. It costs x6 AP to cast this unit card.

Xenoclaw is one of the great units in Alien Deck that is very fast and reliable – because of the great attack speed and movement speed, Xenoclaw is capable of dominating the battlefield and strike down the enemies that do damage from a distance.

Bern Sisters is among the top-tier cards in the Alien deck that can stun nearby units, inflict AoE DMG, and possesses lifesteal effect. It costs x3 mana to cast this card.

A very expensive spell that convert units into allies permanently. It can be a game-changer. It costs x8 AP to cast this spell.

Leon is a legendary unit card that fires a bolt against enemy’s spawn locations and inflicts massive DMG to enemies on the path. This card’s attack speed is awesome, movement speed is medium, and attack range is close. It costs x4 AP to use the card in Soul of Eden.

Raabid is an epic grade unit card in the Beast deck that only attacks the Guardian. Being a siege unit, Raabid excels in striking the enemy Guardian. The attack speed and movement speed is fast. It costs x5 AP to unleash this card.

Leotaur is among the top-tier unit cards in the Beast deck that can stun the foes, enhance the allies by raising their max HP and inflict DMG to enemies. Pretty good unit. It costs x4 AP to use this card.

Ana is one of the awesome units in Soul of Eden that can turn nearby enemies into allies for a few seconds. Although she is slow – the attack range is long. It costs x4 AP to use this card.

Helena is another top-tier unit in the beast deck that excels in debuffing the enemies. This card can reduce the enemy’s attack speed and movement speed. Movement speed is slow, attack speed is fast, and attack range is close. It costs x5 AP to cast this card.

Doramorph is the top-tier spell card in the Empire deck that can transform enemies into Mandoras. Mandora does not have any sort of special effect – a basic summon with simple stats. It costs x5 AP to use this card in the Soul of Eden.

So that’s all we got in the Soul of Eden Tier List – Top-Tier cards – T0 units list. 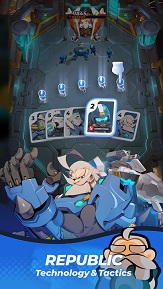 T0.5 cards are quite good; great potential, stats, and skills. You can expect a good to an overall best performance ratings from these spells & cards: –

Aforementioned, these cards are sort of average with average to good performance possibility; can perform well if you utilize them according to their strengths: –

They are the least recommended cards – but can perform well based on the situation. Utilizing them properly is must – otherwise, they would not perform well: –

So that’s all we got in this article on Soul of Eden Tier List guide – list of best cards to build the best deck.