Our Punishing Gray Raven Reroll guide (PGR Reroll Guide) will teach you how to reroll in the global version, S rank selector guide, and much more. 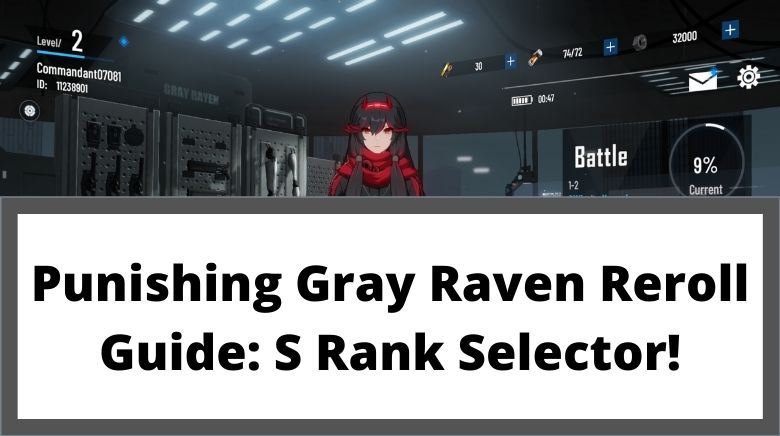 With the help of rerolling, you can get X2 S class characters in the beginning(X1 from the beginner banner, X1 from the S Rank selector). This Punishing Gray Raven Reroll Guide covers these topics; should you reroll, how to reroll, what to reroll, and about S rank selector. So let’s not waste any time and check out the reroll guide;

Another reason to not reroll in PGR is that the game does not give you enough summon currency for multi-draws or quick draws – it will take a long time to accumulate gacha currency and pull characters from the gacha banner.

In Punishing Gray Raven, you can claim the S rank selector from the in-game mailbox. Go to lobby/game’s main screen -> tap the mailbox icon in the top-right corner; there, you will see a mail message “S-Rank Construct Pack”. Tap there and claim the reward. To use it, go to lobby/main screen -> tap the items manage option on the lower-right ->  material -> tap S rank construct -> use it. What is the best character to select using the S rank selector that you get for free? We recommend picking S Class Kamui with the S Rank selector.

So this would be all in this post on Punishing Gray Raven Reroll Guide.