Read on for Charlie in Underworld Walkthrough Guide: All Endings, Album, Titles. 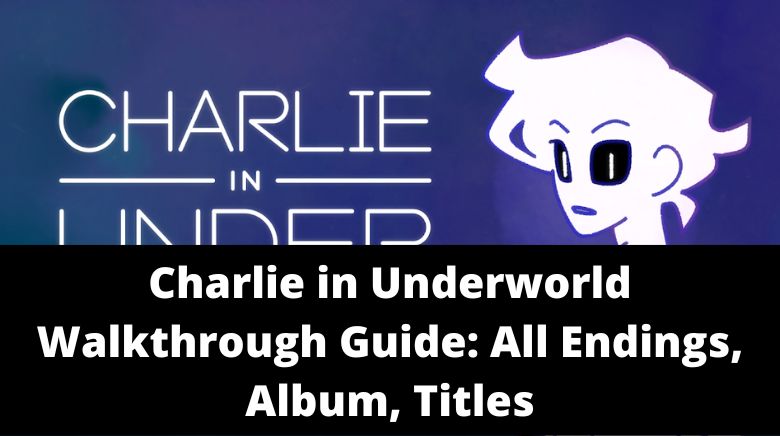 Charlie in Underworld is a mobile game published by Buff Studio. It is a sequel to Underworld Office; make sure to get all the endings in that game before your try this one. You can read our Underworld Office walkthrough here.

Who am 1?
I don’t know.
They say I was a dark evil spirit before, but so
what?
It’s not like I know.
I’m only here because they took away my
scissors but longer I’m here with these fools,
things I don’t want to remember keep coming
back to me.
Huh? Did I just say things I don’t want to
remember? Uh?

Hello, I’m Eugene.
You may ask what a mortal is doing here.
Haha, well, that’s a long story! Oh my, looks like
someone needs help over there. I’ll be right
back!

I have no expectations of you….. So don’t worry needlessly.

Hayden did good deeds again today!
Just a little more and Hayden can cross over!
Why do I want to go there?
Hayden’s a ghost right now so Hayden can’t live
with mortals, right?
That’s why Hayden has to do lots of good deeds
now so Hayden can be really shiny bright and
meet them again!

Come and take a break whenever you like. I’ll
always be here.

In the current version of Charlie in Underworld, there are four endings:

Charlie in Underworld Endings: How To Get Charlie and Eugene Ending?

Charlie in Underworld Endings: How To Get Only Charlie In Ending?

Always make the second choice. The best way to get this ending is by selecting the second choice every time you are asked to make one. For instance, there are three choices that you can make:

You will choose the choice b[the second one].

Charlie in Underworld Endings: How To Get Sees the ending where both Hayden and Joan could not be saved?

Revi shared this ending in the comments below: – In order to get this ending where you cannot save Hayden anymore, you have to tap on chapter 3. Hayden> “Dammit, it’s already the third time.” tap on the first choice A and agree with Eugene, then Hayden will turn into an evil spirit.

-After that, you’ll just have to continue till Joans part and not save her, then continue till the ending and another ending will be shown (sorry for not being to explain it better)

Charlie in Underworld Endings: How To Get Tap the timeline to see the complete bonus ending?

It hurts. It hurts so much[Revi shared it in the comments below]

It does not hurt anymore

What had to be done

What should not have been done

We are evil spirits

Only Charlie in Underworld

All endings complete[Revi shared it in the comments below]