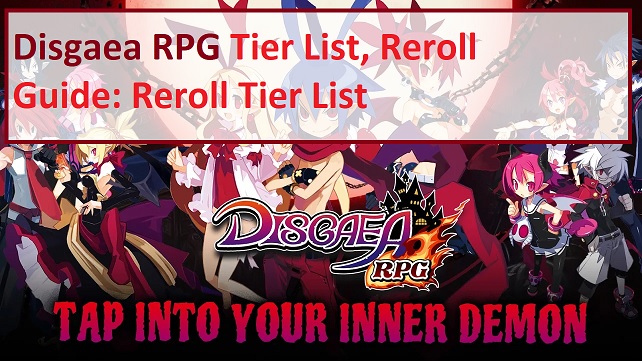 This Disgaea RPG tier list is based on the JP version(SS Tier > S Tier > A Tier > B Tier). You can get these best character units through summons, which require Nether Quartz, use these working serial codes to obtain loads of Quartz for free and increase chances of getting the best characters featured in this tier list. Now, let’s not waste any time and check out the Disgaea RPG tier list(scroll down for the unit’s details): –

Since the English Global version has just been released, a global version Disgaea RPG tier list for it is yet to be made. JP tier list is also useful to figure out the top-tier characters.

To reroll in Disgaea RPG, you need to follow these simple steps: –

Step 1.) Start the game and right after you log in(if you are on Android, you can skip logging in by pressing the back button when asked to bind the game to a Google account), you will be asked to choose or pick a name. After you pick the name, the game will let you reroll for a 4-star character(you can reroll as much as you want; “tap start over” to reroll for another character). Who is the best character that you should pick? Find out below and then we’ll move to step 2 of this reroll guide.

You can only get one character from the first free 4-star pull; but who to choose? We would recommend you to choose/reroll one of these three best top-tier characters: Laharl, Valvatorez, and Desco. Laharl(High attack performance) gets access to 45% additional DMG with special moves when you get another dupe(duplicate) of him. Valvatorez(High attack performance) gets all damage by 40% after you get another dupe(duplicate). And, Desco has access to a low-cost AoE and decreases all foes defense by 15% after the first copy. 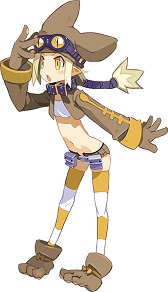 Once you have got any one of these three characters, confirm and proceed to the tutorial. During the battle tutorial(party set-up), you will be asked to choose 2-star party members and the game will force you to “auto setup” the team. After that, you can change the team and select other characters; choose X4 thieves characters(2-star, tap x4 times on that character portrait to select x4 of them). And then tap the “perfect” button to confirm the party. The thief character has the ability to increase the chest drop rate by 3%. 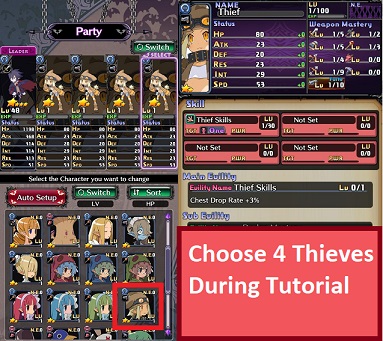 Step 2.) Check out the in-game mailbox and claim the rewards; you may get the gacha currency that you can spend on the gacha/character banners. After the tutorial, you should have at least 2310 Quartz(gacha currency). You can complete missions or beginner quests to earn more for X2 10 Draw. Use serial code “h3WQ5FT9Kw” for more rewards. This code is working as of April 13, 2021. You can check the complete serial codes list here.

Step 3.) After you have collected the gacha currency or other rewards from the in-game mailbox(main screen -> tap gift option on the left), navigate to the gacha/summon menu of the game and pick a banner(different-different banner features different characters with high-drop rate). Check the tier list above to know who to aim for while rerolling. At the time of writing this, the global launch features a limited-time event banner, premium summon banner, and ticket banner.

Spend your free Quartz on 10X Draw and aim for another top-tier 4-star character.

How To Reroll In Disgaea RPG Mobile?

In this Disgaea RPG Reroll guide, we have shared two reroll methods; method 1 is not working for some Android users but it did work for us(We used OnePlus 7), reroll method 2 works for all players; Android as well as iOS. Here are the two methods in details: –

Close the game, launch again(don’t tap the start on the screen, instead tap the menu button on the top-right corner) -> choose user center -> tap on change account -> use another account to log in and start again.

On iOS, when you start the game, it automatically signs into your Gamecenter. If you close the game, launch again, then tap the menu button in the top-right, then user center, and then change account; use a different account(Google, Facebook, Email, etc.) to start the game from scratch and reroll. By the way, you don’t need to reroll as the game lets you reroll for a 4-star character when you start the game(after choosing the name). But if you want another one from your first 10X draw, go and reroll.

So that’s all we got on Disgaea RPG Reroll Guide(Global). If you are playing JP version, then here’s some info: –

Start the game and it should start from scratch.

iOS: The Android reroll method does not work in iOS. What you can do is; Try reinstalling the game; delete it and reinstall to reroll.