This post covers “Forsaken World Gods and Demons best class info”+ about the weaknesses and strengths of all the classes, how to change the class, rebirth, and much more. First, let’s take a look at each class and its subclasses: –

The English version of the Forsaken World Gods and Demons features seven classes – and, not a single class excels in all the aspects. Some do well in the damage aspect while some in support or frontier aspect. All the x7 classes in Forsaken World Gods and Demons have five main stats: Damage(DAM), Survivability(SURVI), Support(SUP), Control(CONT), and Mobility(Mobil). Each class in the game has two sub-Classes. For instance, you can switch from Gunner class to Gunslinger and Artificer. The game lets you change the subclass anytime you want. For the first time, it would be free. Reach level 29 and you will be able to change the subclass.

Warrior Class is a balanced class; average DMG, support, control effects, and mobility. But, the defense/survivability is decent as compared to other starting classes. The two subclasses that Warrior character class offers are Paladin and Hexblade. Paladin is a great tank; high survivability, decent mobility, and decent DMG. Hexblade offers the same benefits as Paladin; more survivability, damage. But, the mobility is not good.

Mage is among the top-picked classes in Forsaken World Gods and Demons. This class excels in the CC aspect as well as the damage aspect. Its two subclasses are Elementalist and Arcanist. Elementalist is one of the best DPS classes with skills that do an enormous amount of damage. Arcanist is the best CC(crowd control) class with skills that control the enemies.

Rogue is the fastest class in the game – because of this particular strength, you will be able to swiftly dodge the enemies’ attacks and save an enormous amount of HP from being reduced. Its two subclasses are Assassin and Shadow. Assassin do well in PvE as well as PvP – his damage may not be the best, but quite good. Also, he is one of the fastest melee classes in the game. Shadow has more DMG and Survivability than Assassin but not as fast as Assassin. 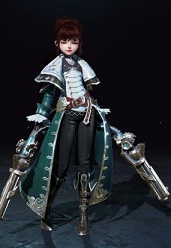 Gunner is among the popular damage dealer classes in Forsaken World Gods and Demons. With precise, highly accurate gunshots, you can inflict a great amount of damage to the enemies. Its two subclasses are Gunslinger and Artificer.

Ranger, just like Gunner, excels in long-distance fights. Its two subclasses are Sharpshooter and Jungler(Jungler).

NOTE: this is just our “opinion”. Recommendation on picking a class: choose a class that suits your gameplay style. Some players prefer fighting from a distance; they can choose Mage, Ranger, or Gunner. Some players love melee fights; they can pick Vampire, Rogue, or Warrior.

Forsaken World Gods and Demons: How To Change Class?

Can you change the class in Forsaken World Gods and Demons? YES! The game has a rebirth function that unlocks at level 98 in the game. In the upper-left corner, tap the class icon -> this will navigate to the class info -> at the bottom, you will see the “rebirth” option. Tap it and follow the on-screen instruction. You will need the rebirth scroll item to perform a rebirth. As of now, there is no way to get rebirth scroll easily; you may get it from the cross-server boss battle or keep checking the auction.

So that’s all we got in this post on Forsaken World Gods and Demons best class info.