Raziel Dungeon Arena English Global version is packed with three well-designed classes – each one possesses a unqiue set of astonishing skills and strengths. As of now, these three classes are Beastmaster class, Ice Priestess class, and Ranger class. After selecting the server and login method, you will have to pick on of these three Raziel classes; as a beginner to the game and no skill info on the class selection screen, it could be difficult to figure out which class is best and which one is not. This Raziel Dungeon Arena best class guide is designed for beginners; to help them pick the class that they would like for sure! Let’s check it out! 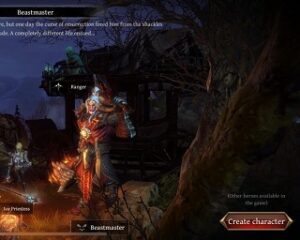 Beastmaster uses AXEs as the main weapon to crush the enemies; with normal attacks, Beastmaster swings the AXEs to inflict physical DMG on the enemies. Strengths: high HP stats, tank role, excels in close-combat, melee attacks, good in PvE as well as PvP. Cons: less agile as compared to other classes.

Who should pick the Beastmaster class? 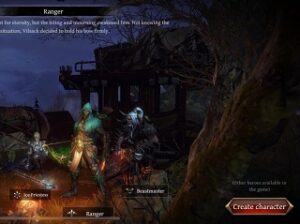 What we like about the Ranger class is its long-ranged attacks that help you deal with enemies from a distance. This class excels in inflicting attacks from a distance; great advantage against the melee class enemies with slow speed/agile stats. Strengths: long-ranged attacks, great DPS, decent speed/agile stats, skills that weaken the enemies. Cons: Low HP stats as compared to other classes.

Who should pick Ranger class? 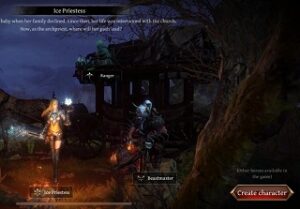 Ice Priestess is our favorite class in Raziel Dungeon Arena; with this class, you can unleash mid-ranged attacks on the enemies that cause magical damage. Speaking of strengths, Ice Priestess class excels in unleashing CC skills that slow down the enemies, freezes the enemies. Also, possesses a number of great abilities such as restoring the energy, launching ice magic bolts continuously to inflict DMG on the enemies. Strength: great skills, CC abilities, mage DPS. Cons: Low HP stats as compared to other classes.

Who should pick the Ice Priestess class?

Based on your play style, you can pick the class. All these three classes have unqiue characteristics; go with Beastmaster if you love to deal with enemies from front + melee combats. Pick Ice Priestess if you like magical skills and abilities + decent DPS. For pure ranged-attack DPS role, Ranger would be a great pick!

So that’s all we got in this post on Raziel Dungeon Arena best class guide: classes overview!