Not all the weapons are great and can help you in becoming the no. 1 survivor in survival heroes game. Check out our Survival Heroes Best Weapon article to know everything

In the last post, we shared a complete guide with some evergreen tips, cheats & tricks, you can read that post here. In today’s post, we will talk about the weapons. Survival Heroes game features lots of weapons. And all the weapons have unique skills, stats, passive buff, range or attack area, advantages, disadvantages. For a newbie, it could be difficult to figure which weapon is best or which weapon is not. However, the game shows you a green arrow if there is a high-rank weapon available nearby. But it might not be good as it compares with the currently equipped weapon. That’s why you should hunt for supply chests, dragon chests, mystery shop items for the best weapon. But which weapon is best? Let’s dive in our today’s post.

Before going deep into the weapon details, you must know that there are a number of factors depend on the attack power, defense power, mage power; for example; equipped items such as helmet, armor, pants, necklace. So make sure to equip the best item set to get the most out of the weapons.

Additionally, you can reduce the cooldown time of the weapon’s skill by equipping binoculars. From the above words, we can say that only equipping the best weapon would not help. Let’s know why these are the best weapons. 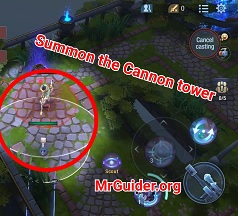 Sniper Rifle is the locked weapon and can be unlocked in exchange for 35000 coins. You can obtain gold by playing the game(Read tips here). The reason for putting it in the best weapons list is its skills. Sniper Rifle comes with three skills;

Another reason is it’s a long-range weapon with good damage. You should buy it. In the last moments, you can place the cannon tower for the enemy and increase the chances of getting the crown. 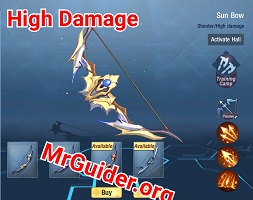 Sun Bow is another best weapon in Survival Heroes game. It is a ranged weapon and with high attack stats, skills, passive buffs. However, the cooldown time is very long. But the basic attack is amazing(at the player level 10-In battle). Additionally, its passive skill can increase the attack speed by 40%, movement speed by 15%. Sun Bow comes with three skills(Remember, it’s high damage, Sun Bow) –

No doubt, skill charge time is too long. But the basic damage stats are good and using its skill at the right time can easily knock down the enemy as you will deal massive damage. 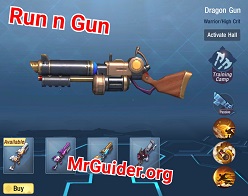 Dragon Gun is another powerful weapon in Survival Heroes game. With good attack range, attack power, and skills, it deserves to be in the best weapon list. Its skills can increase crit chances, help you in dodging the enemy attacks, and deal massive damage to the opponent.

The basic attack of this weapon is also good. Overall, a good weapon. 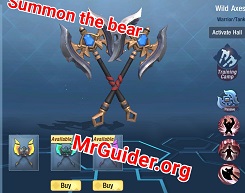 Wild Axes is one of our best picks. It comes with some unique skills such as summoning the bear, healing and throwing Axes like a boomerang. In addition to these awesome skills, you can easily handle it in the battle when fighting against multiple enemies. The basic attack damage is also worth mentioning. Wild Axes weapon in Survival Heroes game comes with three unique skills: – 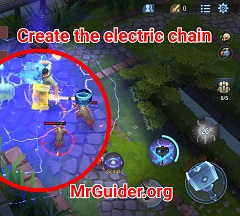 Storm Hammers is a mage type weapon and its highlighted feature is its skill can stun the opponent in the storm and deal heavy damage. And you can slow down the enemy with its magic effects. Let’s take a look at all the skills of Storm Hammers Weapon: –

You can unlock this weapon for 15000 gold. Orb is also a good weapon though(in replace of it).

So that’s all about the Survival Heroes Best Weapon. However, it totally depends on how you use the weapon; skills, timing. And to get the most out of the weapons, reach the player level 10 in the battle. If you want to know more about the weapons, head to the armory -> select the weapon -> tap the training camp option.

1 thought on “Survival Heroes: Best Weapon In The Game?”