Sword Art Online Alicization Rising Steel Reroll guide – how to reroll on Android and iOS? Read on and check out SAOARS Rerolling guide

If you want to reroll in Sword Art Online Alicization Rising Steel, you will have to delete the game data or uninstall the game from your device and then reinstall – whether you are on iOS or Android, follow the same method. Uninstalling the game clears the user data and when you install it back, it will start fresh. You will have to download the game data over and over again – every time you reroll. However, if you have rooted Android phone or playing on PC on an emulator like NOX, follow this guide shared by a Reddit user.

Now, let’s discuss for what character you have to reroll and when to reroll. The characters can be of 2-star, 3-star, and 4-star. Higher the star ratings, the more powerful a character. So 4-star characters are preferred. The drop rates for 4-star characters is 3.00%, for 3-star character – 25.00%, and for 2-star character – it’s 72.00%. You can check the tier list here. Let’s learn everything in detail in this Sword Art Online Alicization Rising Steel Reroll guide for beginners.

The first 11x pull gives you a guaranteed 4-star character. You will get it during the first phase of the tutorial where the game guides you on how to play the game; about battles, movement, etc.

Step 2.) Claim all the mission rewards and do another 11x pull: –

Once you have enough, head to the Scout menu -> release celebration scout banner/character banner -> 11x scout. Since the drop rate for 4-star characters is low, you may or may not get any 4-star character from this pull.

One 4-star character is guaranteed. Try your luck in the second 11x pull. We would recommend rerolling for Alice or Kirito or one more 4-star character. (start with two 4-star characters). These are the top-tier characters in the Sword Art Online Alicization Rising Steel game. Check out the tier list here ->

Reroll on Android and iOS: – 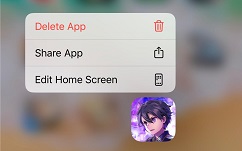 Uninstalling the game will erase all the user data. So if you want to start over to reroll, then delete the game data from your Android and iOS device. On iOS -> Hold down the SAOARS icon on the app menu -> delete the app. After that, reinstall from iOS App Store. On Android, head to the settings -> apps -> SAOARS -> storage -> clear storage. Open the game and you will see it starting from the beginning.