Read on for the Time Defenders tier list guide. 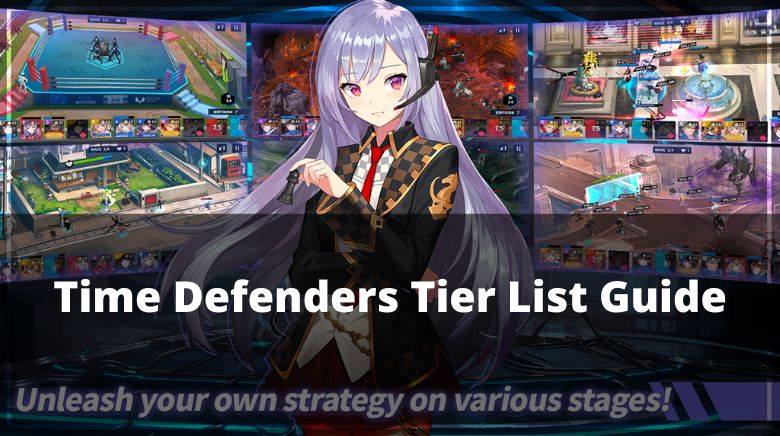 Welcome to the Time Defenders tier list ranking the heroes or characters, or police officers featured in the game’s English version. Please check out our Time Defenders reroll guide and coupon codes if you are new to the game.

In the Time Defenders game, characters or heroes are classified into eight classes; Guardian, Striker, Assault, Healer, Ranger, Esper, Specialist, and Supporter. All the heroes have unique skills, strengths, and uses. For instance, guardian characters are good at defending, so it’s always a good idea to place them in the front. To deal with flying enemies, you can use the Ranger class characters.

Healer class characters are good at supporting allies by restoring their health during the battle. Head to the database menu of the game to check the list of all characters featured in the English version of Time Defenders. You can get the characters by summoning them using diamonds in the “Time Engine.”

⇒In the early game, you should be focusing on the campaign/operation mode featuring seven locations/chapters in normal, hard, and challenge difficulties. You get EXP, gold, and upgrade material items for the characters from these stages.

⇒Build a balanced team of heroes; make sure your team has enough damage dealers(ground and flying units), supporters(healers), and defenders.

⇒Know your heroes. Check out their skills, target type, class, etc., so that you can use them efficiently during the battle.

⇒Repeat the stages and grind the rewards.

⇒Participate in all the game modes.

⇒Keep an eye on the events.

This article is a work in progress. We will soon share a complete Time Defenders tier list.