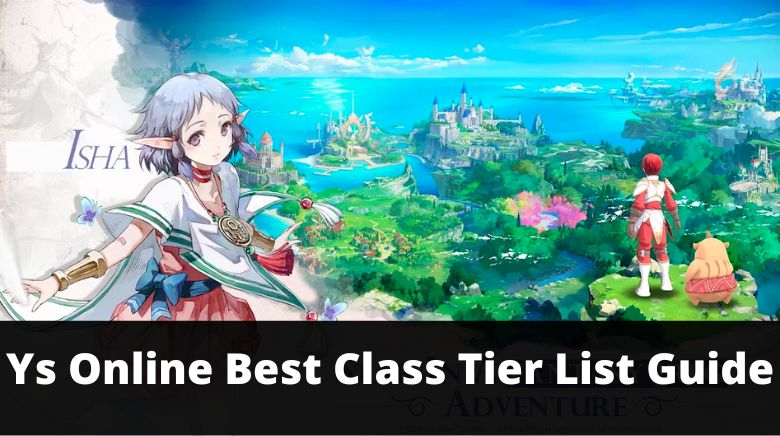 Ys Online The Ark of Napishtim features X4 primary classes; you can choose one of these classes at the beginning of the game. Each class in the YS Online The Ark of Napishtim has two sub-classes to which they can be promoted. For instance, Warrior, the primary class available in the beginning, can advance to either Knight class or Berserker class.

The following YS Online best class tier list guide gives you a vivid picture of each class’s strengths and weaknesses, and based on that; you can pick a class that suits your gameplay style. At the end of this article, you will find the YS Online tier list of best character classes. Please do redeem these YS Online codes for freebies and a headstart.

Now without any further ado, let’s get started.

The Warrior is a close-range/melee type resilient and relentless class. The Warrior fights with a sword, can inflict a good amount of DMG on the enemies, and has high survivability. Thanks to high HP, DEF, and DMG resistance stats, Warrior can absorb the abundance amount of DMG dealt by enemies. He also possesses CC skills that stun the nearby enemies and supportive abilities like the taunt effect that make enemies target him rather than allies.

Warrior can be promoted to Knight and Berserker.

Which secondary class is the best for Warrior?

Knight has DEF traits, while Berserker has more DMG.

Knight can protect the allies by pivoting the DMG to himself using the taunt effect. With advancement to Knight, you will be more resilient, have more DEF, DMG resistance, and longer survivability. A pure tank class, you may say. Cons; Low DMG.

Berserker is immune to control effects and can inflict gargantuan DMG on the enemies. A balanced melee DMG dealer class, you may say.

Windwalker can do more DMG and can also heal allies, while Priest only excels in supporting allies by boosting their DEF and recuperating their health.

Ninja is very agile, can dodge enemies’ ATKs, and has stealth skill that makes him inconspicuous. Navigator can slow down the enemy’s movement and can inflict a good amount of DMG on the enemies.

Supporter: Pick Ranger class and then Advance to Priest class. Very low DMG, though. So be cautious. Powerful supporter with skills that heal allies and boost their DEF.

Melee DMG Dealer: Pick Assassin and then Advance to Ninja.

So this would be all in this post on YS Online Best Class.