Read on for the Tower of Fantasy tier list ranking the ToF best weapon/characters of all classes; healers, tanks, attackers, etc. 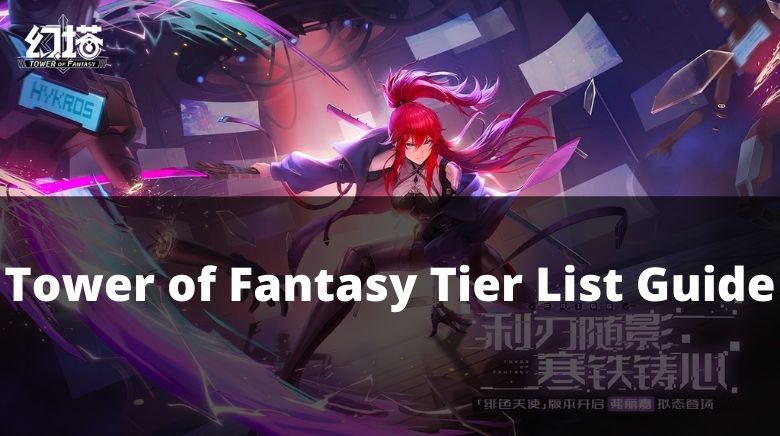 Senior Executor for Hykros who excelled in the most dangerous missions thanks to outstanding sword-fighting and combat skills. Keeps her distance from everyone and hides her feelings to herself, but that doesn’t mean she is emotionless.

A laidback free-spirit, but a top gunslinger even among elite Executors. Often plays jokes and pranks on others for fun.

Talking about the sea is practically the only way to have a conversation with this laser-focused scientist. She altered a key gear on a desalination device into a defensive weapon that’s tough and resilient.

Computer genius who appears to be 15 in age. He has deliberately destroyed all records of his real name and other pertinent info. Witty, very competitive, and prideful, ignores anything he sees as meaningless to him.

King is considered as a top-tier character in the Tower of Fantasy.

Tsubasa, an archer, packed with the power of wind and ice in the ATKs, take on the enemies in an amazing style.

She takes on the enemies with her ice scepter weapon.

Crow has expertise in using the dagger, in fact, two at once to cut through enemies.

Suffered from mutation before undergoing Heirs of Aida’s modifications to become an Angel of Clemency. Usually quiet and introverted, but turns into a merciless killing machine under Heirs of Aida leader Sage’s mind control.

An upbeat, outgoing, reckless girl who aspired to be someone who can solve problems for others like her big brother Zeke. Saved the player character who passed out by the Shelter with Zeke.

An Angel of Clemency and right hand to the Sage, whom she followed unconditionally. Taciturn and straightforward. Has her unique perspective and philosophy on life.

Leader of the Astra Shelter who believes he’s responsible for protecting those around him. Normally doesn’t show emotions, but is very protective of little sister Shirli, his only living relative. Usually cool and collected, but easily gets emotional when Shirli is involved.

At the time of writing this, the game is not available to all players, those who signed up for CBT and got the email invitation will get to play the game on or before April 16th, 2022. The English version will soon be available to all the players; the date has not been decided yet.

About Tower of Fantasy