Cosmos Quest is a popular Idle game for mobile by Kongregate. Let’s have a look at our Cosmos Quest guide, tips, cheats & strategies for beginners

If you have just started playing the Kongregate’s latest Idle game – Cosmos Quest, then this post is going to teach you all the basics of the game – along with the tips & tricks. In the game, the player builds a wide range of buildings and generate energy – the progression feature challenges you to discover a new era(S), civilization, and the heroes. Also, you can build the team of heroes to fight enemies in PvE, players in PvP Arena. Let’s not waste any time and head to the main content – Cosmos Quest guide and Cosmos Quest tips, cheats & strategies for beginners! 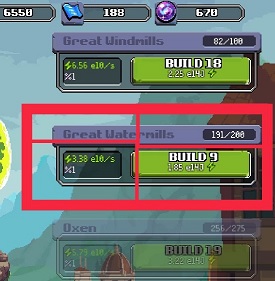 Let’s start with the basics first. What’s your goal in the game? How do you progress?

In each era, you get lots of new things to build. These are called buildings. For example – at the start of the game, it asks you to build or create Fire in the world. These buildings produce energy. The energy is the basic in-game currency in Cosmos Quest, which you can use to build more buildings. On each building banner info, you can check the number of units that you have built so far and the amount of energy produced by it every second.

You have to fulfill these requirements to reach the next era

At the top-left corner of the game screen, below the hero avatar, you can check the energy bar. It fills gradually as you generate energy. There are two ways to generate energy: –

On each building banner, the game displays the maximum number of buildings that you can build. For example – if it’s 276/300 – this means that you have build that building 276 times and the max level cap is 300. When you reach this max level cap, the game will let you discover or research. It will cost blueprints.

It is the PvE game mode in the game. In this mode, you fight the monsters and earn these rewards: –

And, much more. In these battles, you select the five best heroes to fight the monsters. And, each stage, you can grab three stars. You get rewards based on the number of missions that you complete. Before you initiate the battle by tapping the attack button – on the hero selection screen, at the top-left of the battle window, tap the (?) symbol to check all the missions. Complete all these three missions to grab all the rewards.

⇒Keep creating the buildings to discover or complete the research. Complete all the levels(quests/stages) of an era to meet conquest battle requirements.

⇒How do you get the heroes?

You get the heroes from the orbs – free orbs are available in the shop every day – and, can also be obtained by watching the video ad. There are five types of orbs = basic, superior, legendary, and elite.

Or you can buy these orbs from the shop in exchange for universal marbles. Universal Marble is the premium in-game currency in Cosmos Quest.

⇒How do you power-up the heroes?

These are the main ways to power up a hero. Let’s learn about each one –

You need the population to level up the hero. Population can be obtained from the quest, PvP Arena mode, expedition mode, infinity tower mode. On the right side of the screen, tap the heroes option -> tap a hero -> level up.

Once the hero reaches max level – you can ascend him. And, as a result, the hero will become more powerful. To ascend, you need population and Prana Gem. Prana Gem or Ascend Material can be obtained from Infinity tower mode or other game modes.

Gears provide additional stats to the hero. For example – Helmet grants armor, Excalibur weapon provides AoE damage skill, the gambler’s dice increases population gained from invasions, etc. In the inventory, under the items tab, you can check all the details of a gear.

Promoting a hero is not easy – you need 3 copies of the same hero to promote. When you promote a hero, his/her stats get increased.

Big Crunch resets the world – all the buildings, upgrades, etc.(not heroes). In return, you get an energy multiplier bonus. For example – suppose, it’s x3.5 – this means if you perform the big crunch and start everything from scratch – energy production from all the buildings will increase by 3.5 times.

So this would be all in this Cosmos Quest guide for the beginners. Let’s have a look at our Cosmos Quest tips, cheats & strategies!

Get The Reward From Aliens 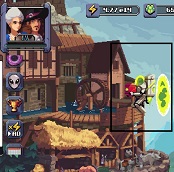 Now and then, an alien appears in your universe. If you tap him, you will get a special reward – an orb, universal orbs, population, etc. So keep an eye on the aliens if you want these valuable rewards for free.

Watch The Video Ad For Orbs

On the left side of the screen, there would be an ad offer – if you watch the video ad, you will get a free basic orb. Since orbs are hard to get, you should grab this offer and the free orb. You may get a hero or other valuable in-game currencies or items.

To discover new buildings in the world, you must evolve. Evolution brings the new era and you can progress further into the game. And, as mentioned above, you need to fulfill three basic requirements to evolve –

Power Up The Heroes

In the guide part above, we have listed all the ways to power up heroes. If you are stuck on a stage or getting defeats in the PvP arena or Nexus mode, you should try all the above-mentioned methods.

Participate In The Tournaments

There are lots of tournaments in the game in which you can participate. Tap the Nexus option on the right side of the screen -> go to the tournaments tab -> there you can join the tournaments or check the reward info. It will cost universal orbs.

Play All The Game Modes

There are a variety of game modes; expedition, infinity tower, invasion, tournament – make sure to play all of them.

So these are some basic Cosmos Quest tips & tricks for the beginners. If you have more tips to share, comment below.