This part showcases the list of tier 1 heroes that we think have the best potential; best to OP performance. All the details of these heroes are mentioned below: – 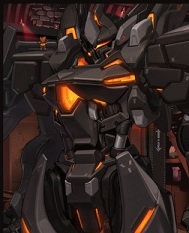 So this covers the Guardian Tales tier list featuring the best heroes; the tier 1 ones.

This part showcases the tier 2 heroes that are quite good and can perform really well(good to best performance possibility). Here’s the list of tier 2 heroes: –

This part showcases the tier 3 heroes that are quite average in the battle performance as compared to the aforementioned heroes (T1, T2 T 3). (Average to good performance possibility) – Here’s the list of tier 3 heroes –

Tier 4 Guardian Tales heroes in this list are not the best or do any good in most of the game modes; bad to average performance possibility: –

In this part, we have shared some recommendation on the best team builds. Please do note that you are free to try out other combinations. Some characters do well in all the game modes while some characters not. For example; healers are useful in PvE but not much in PvP. Like Aoba, Favi, and Karina are good healers and can be useful in PvE and colosseum – but in PvP, you might wanna have a team that fully focused on the DPS aspect! In PvE, you can set up a team of 4 characters. In PvP, Guardian Tales allows you to build a team of x3 heroes. And, in Colosseum, you can have x4 characters in the team.

In PvE, you can form an element based team. In the first slot, make sure to have a DPS character; only that character will be in your control!  PvE Team Notes (1): – Have x2 DPS, x1 tank, and x1 healer – consider their elements too when forming a team. Which element? It depends on the stage that you are trying to complete. After selecting a chapter stage, above the “enter” button, the game will show you the recommend type/element; fire, dark, light, etc.

Characters such as Marina, Nari, Bari, Arabelle, and other top-tier ones would fit in any team. Use Aoba in the Earth team. Favi would be a universal healer. Karina as a dark element healer.

So this would be all in this post on Guardian Tales Tier List. You can check the complete list of heroes and equipment sets in the in-game character book. Main screen -> menu -> book. Also, see – Guardian Tales reroll guide.