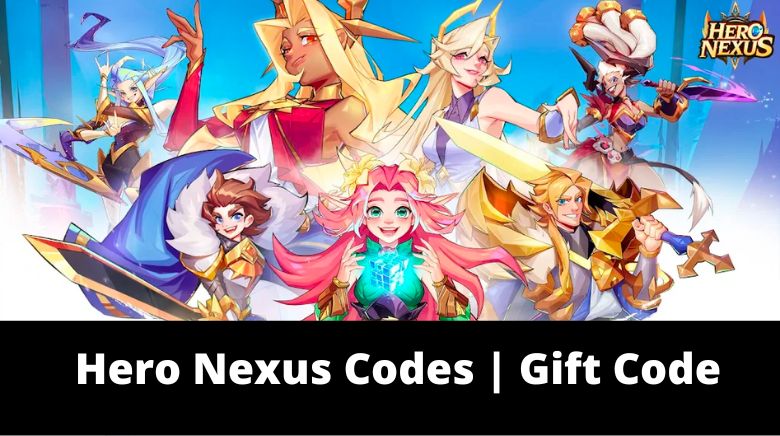 Hero Nexus Codes do not last forever. They are available to redeem for a limited period, and once that expires, you will no longer be receiving the rewards. If you find any Hero Nexus code in the above list not working, please let us know by sharing it in the comment box below.

The following Hero Nexus gift codes FAQ covers how to redeem or exchange the codes in the game and also shares details on getting new codes.

How Do You Redeem Gift Code In Hero Nexus?

To redeem the Hero Nexus Gift Code(Codes), the player first needs to complete the tutorial. Once the tutorial is completed, look for the character profile icon button, which should be located in the top-left corner of the game screen[left of the name]. Tap it. On the next screen, in the account tab, look for the pack code button.

Tap on the redeem gift code option; you will get the option of entering and redeeming the gift code. The above Hero Nexus code wiki showcases the complete code list. Enter the valid code and get the rewards. New gift codes are released often; we keep track of all these codes and put them all together in this one updated code wiki list.

How To Get More Hero Nexus Codes?

More new Hero Nexus Codes are published on the game’s official social media handles like Facebook, Instagram, Twitter, Reddit, and the game’s official Discord. You can bookmark this page and regularly check for Hero Nexus gift codes. Once available, we will update this gift code list with all the new redemption codes. Usually, the game developers publish the gift codes for special events like the game’s milestones, popular occassions, collaborations, and special events.

Gather heroes of all sorts to create a dream team! Conquer tons of thrilling quests, exterminate demons and save the Cube World! Create your team and forge your own path to victory!

Trigger Double Bondings
Arm your heroes and create an unstoppable team to crush your enemies! Each race has its strengths and weaknesses, and bonds between races provide battle buffs. Be the commander in charge to decide your heroes and formation!

Three Boards Formation
Look out! The enemy deals powerful AoE damage, spread your team out over both sides! Attacks from behind will trigger Rear DMG that greatly increase damage dealt. Deploy DPS Heroes to ensure your chance at victory.

Earn Idle Rewards
There’s free lunch in our world! Get rewards even when you’re offline! With no restrictions on time or space, you can play on your own pace! Create your team, then just sit back and relax. Without a single tap of finger, your team will auto battle for gold, materials and gear until your carriage is filled with the spoils of war!