This guide covers “how to play the Idle Pirate Tycoon game”, about the “ships”, “docks”, “ammo”, and other aspects such as tips & tricks for progression, making upgrades, ship parts, battles, and much more. So let’s not waste any time and get straight to the main content: Idle Pirate Tycoon cheats, guide & tips: – 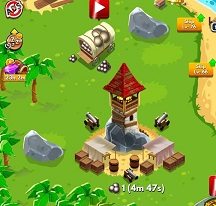 (1) Currencies: Gold, Gems, and Ammo are the three main currencies in the game. You will need “ammo” to participate in the battles. It replenishes automatically after a set period of time or you can spend gems in the shop or watch the video ad and get it. It’s not a good idea to spend gems on buying ammo. You will need “gold” to make upgrades to the ships. Increasing the ship level improves the “gold production” rate and “battle attributes” such as DMG, ATK, and Health. Players can spend the “gems” in the shop to buy the ship parts or the ‘boosters” or “ammo” or “gold”. Earn gems by doing the dailies and progression missions.

(2) Basics: place the ships on the dock and start producing the gold. Use the gold to raise the level of the ships and increase gold production. Navigate to the battle screen -> there are hundreds of stages/levels to complete with increasing difficulty. Defeat the hostile ships and earn chests containing the ship parts or blueprints.

Guide To Ships In The Idle Pirate Tycoon

(3) Best Ships: – there are many small ships, medium ships, and large ships – you will notice that each next ship in the list possesses better stats than the previous ship.

(1) Navigate to the shipyard menu and you will get the info on how to unlock a particular ship. For instance, you get Harvester, the small ship, by defeating the battle level 350.

(2) Ship Parts: – In Idle Parking Tycoon, you can get the ship parts from the “chests”. How to get chests: login rewards, from the shop, through the exchange, and defeat the battles.

Players can level up the ships with gold. A level upgrade increases the ship’s sailing stats and battle stats. The sailing attributes include sail time(how long does it take to set sail), speed(the ship’s speed), capacity(the max cargo capacity), and production(gold production rate per second). The battle attributes include attack, damage, reload, and health. 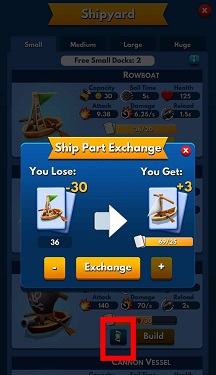 When you unlock a new better ship, you might want to build it and place it on the dock. And, as you know that, to build the ship, you need its parts. What you can do is sell the old ship for the parts and exchange it for the next ship that you want to build.

To sell the ship, tap on the ship level button -> sell. 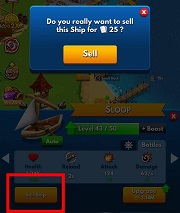 Tap On The Gold Piles 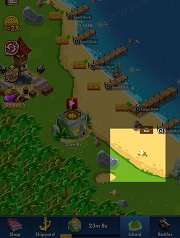 Every now and then, gold piles appear near the Island. Tap on it and collect free gold.

Tap on the “mission” scroll button on the left side of the game screen to check available missions; dailies and progression. These missions give you free rewards including premium currency gem as well as gold coins. Also, chests.

The Ad boost increases the gold production rate by x2. You can watch the video ad and activate it. Also, by watching x6 video ads, you get x30 gems for free.

Idle Pirate Tycoon does not support cheats or cheat codes.

So this would be all in this post on Idle Pirate Tycoon cheats, guide, tips & tricks for beginners!