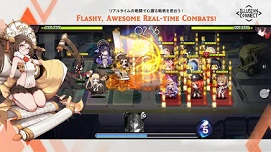 A+ or A Tier characters are good ones, not the best! This Illusion Connect tier list part showcases the characters ranked under A+ ~ A Tier: –

The details of the other characters are mentioned below.

The details of the other characters are mentioned below.

So this would be all in this part on the Illusion Connect tier list. Scroll down to check all the characters and their skill info.

In Illusion Connect, gears are available in multiple rarities; N, R, SR, and SSR. You can farm gears in exploration mode and as well as arcana mode. N-tier, R-tier gears are not good for character development as they don’t give traits and skills like SR-tier and SSR-tier gears do.

(1) Characters in Illusion Connect are available in multiple rarities; SSR, SR, and R. SSR > SR > R. Check the tier list above to know what characters/partners are the best

(3) You can get characters from the summon portal.

(5) You can upgrade the characters to 6-stars.

(1) There are plenty of combat modes in Illusion Connect; at first, you will have access to the Dream adventure mode that features over 10 chapters – each chapter in multiple difficulties; normal and collapse.

Aside from Dream adventure mode, you have PvP arena mode to play. Trails mode has plenty of sub-modes such as daily trails, exploration, arcana, expedition, nightmare lab, etc. You can earn fruitful rewards from these game modes. For example – from the Illusion Connect exploration mode, you can farm gears(SR, SSR quality), EXP Potions, etc.

(2) To combat enemies, you need to prepare a lineup of the best characters that you have. By level 40 in the game, you will unlock all the x10 slots and build a full-fledge line-up. Best line-up recommendations: –

You can read the class guide above. You can check the top players’ line-up builds in the game itself. Go to lobby -> tap the “news” button at the top-left -> choose a mode -> tap the player to check its line up.

By raising the intimacy level of partners in Illusion Connect, you can empower their attributes. To raise the intimacy level, you can gift the items to characters, deploy them in the Muscipula, and date them. Go to the album menu -> partner -> gift.

Once you reach the partner’s intimacy level 4, you can go on a date. It will give you intimacy points.

Tips To Get Stronger In Illusion Connect⇓

(1) Muscipula is the place that gives you idle income; crystals, EXP Potions, and gold coins. You can claim the idle income by tapping the treasure chest in the lower-left corner. With resource cards or cart card, you can increase the idle income. Tap on “Muscipula” and enter the place. Here, you can build and level up facilities;

(1) As of now, Illusion Connect features these leader characters; Sakura Swordsman(free), Nightmare Hunter, Light Paladin, Soul Reaper, and Spirit Healer. You will be using Sakura Swordsman in the beginning. To unlock the rest number of the leaders, clear the dreams adventure mode in collapsed difficulty.

(2) Leaders have various types of skills and to unleash them, you will need to meet certain requirements. For example, Sakura Swordsman’s legendary partner skill activates when you deploy up to x5 SSR partners in the team – effect; it increases the HP of all partners by 12%. Turn to the leader menu, select a leader, and tap on its skill to check the activation requirement.

(3) Halo: level up to get attribute boots; effective on all leaders.

(4) Selected leader spawn on the battlefield right from the beginning without any energy cost.

Make Sure To Add Friends For Stamina

In the upper-left corner, tap on the friend option -> send the request. In-game friends can send each other stamina.

So that’s all we got in this post on the Illusion Connect tier list: best characters guide for beginners! SSR, SR, and R grade characters list!