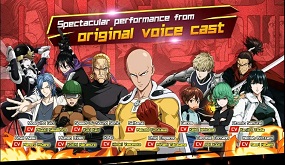 FingerFun Limited recently released the One Punch Man The Strongest game (Authorized) on Google Play Store and iOS App Store. The game was in the alpha stage (and OPM The Strongest Chinese version was available since last year) up until now. Now, players from the SEA region can download and play the game. And, if you are new to it, you might be wondering what OPM The Strongest characters are the best ones that can help you eliminate the whole enemy squad. In this One Punch Man The Strongest Heroes Tier List, we have listed the top-tier best SSR/SR characters to invest in. This tier list is classified into four tiers; SS Tier(Excellent), S Tier(Good), A Tier(Average), and B Tier(Bad). So, let’s not waste any time and head to the main content. For starters, we recommend reading the reroll guide to get one of these best characters. And, check out the OPM The Strongest codes for free currency to pull these top-tier characters.

Following is the One Punch Man The Strongest tier list that gives an overview of best SSR and SR grade characters; their roles and skills info + the tier ratings.

These SSR characters are yet to be released in the SEA/Global Version: –

These are the best characters featured in this One Punch Man The Strongest game tier list. They do great in PvE as well as PvP.

These are the good ones with great performance in all sorts of battle modes – OPM The Strongest Tier List.

These are the average ones – they can do well if used wisely – but not as good as SS or S Tier characters.

These are not good.

What we recommend is to focus on the characters that are listed under SS and S Tier. They will drive you to the late game without any sort of hassle. Speaking of the A-Tier heroes, they can be situational; adjusting them with a right set of up of team can unleash their true potential. Make sure to get familiar with all characters’ skills and talents.

So that’s all for now in this OPM/One Punch Man The Strongest Tier List.