Our Alchemy Stars reroll guide will teach you how to reroll on the Android & iOS version of Alchemy Stars Aurora Blast, who to reroll, reroll tier list 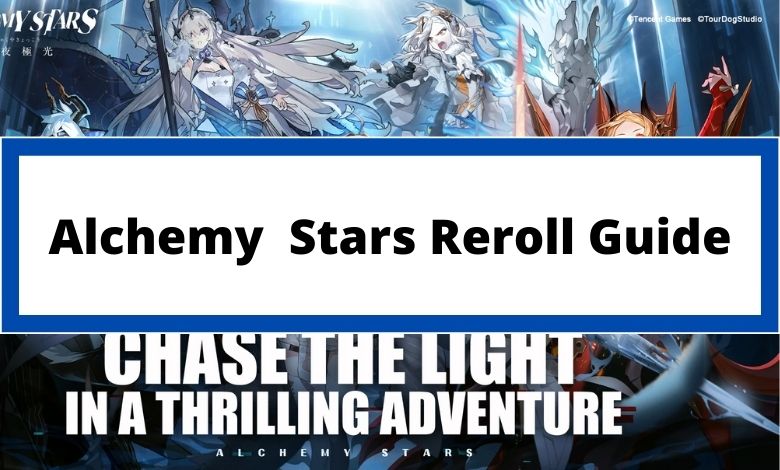 Since the Alchemy Stars download size is around 2GB and it may detect the guest account, deleting the game and installing it back to start from scratch would not work and it’s not a good way to reroll if you have limited data. So you will have to use multiple account IDs if you want to reroll or use salted emails(update; salted emails method added, scroll down to check how to create salt email and use it to reroll in Alchemy Stars

– Temp-mail.org mails might not work as the game does not allow you to bind the account later with another service like Gmail, Twitter, Apple ID – so if you use temp email first, then you can not bind that account with another service to protect it permanently) This Alchemy Stars reroll guide is based on the Global version of the game(US, SEA, JP, KR), let’s get started: –

In this Alchemy Stars reroll method, you will create and use the salt emails to reroll. Requirements; Gmail ID.

How to create Salt email; let’s say your Gmail address is “[email protected]”. All you need to do is add a dot next to any letter of your Gmail when you register in the game, examples: –

Go back to the game and enter the verification code. Then enter the password. Tap next to register.

On the start screen of the game(where you select the server and tap to enter the game), in the top-left corner, tap the logout button or in the game, go to settings – sign out -> choose another account ID to start from scratch. If you are on Android or iOS, use this method to reroll in Alchemy Stars.

Step 1(6 MINUTES) The very first step is to go through the tutorial, at 1-4 scene, you will get around 2.4K Lumbamber:

With 3.7K Lumamber, you can pull 12 times from Mainstay Banner, +20 times from beginner banner(21st pull gives you 6* guaranteed character).

(Main screen -> recruit -> use navigation keys<> to switch banners) There are two main banners; beginner banner, Mainstay Banner – the beginner banner gives you a 50% discount on pulls; from 300 Lumamber to 150/pull. But its 6* drop rate seems to be low.

Mainstay Banner does not give you any discount; each pull costs 300 Lumamber or X1 star flare, but the drop rate of characters on this banner seems to be better than the beginner banner.

⇒We recommend rerolling on the Mainstay banner and save the beginner banner for later (after you finish rerolling). It’s up to you to decide.

You can check the Alchemy Stars tier list here.

So that’s all we got in this post on Alchemy Stars reroll guide: who to reroll for, how to reroll, etc.

5 thoughts on “Alchemy Stars Reroll Guide: How To Reroll On Android & iOS?”