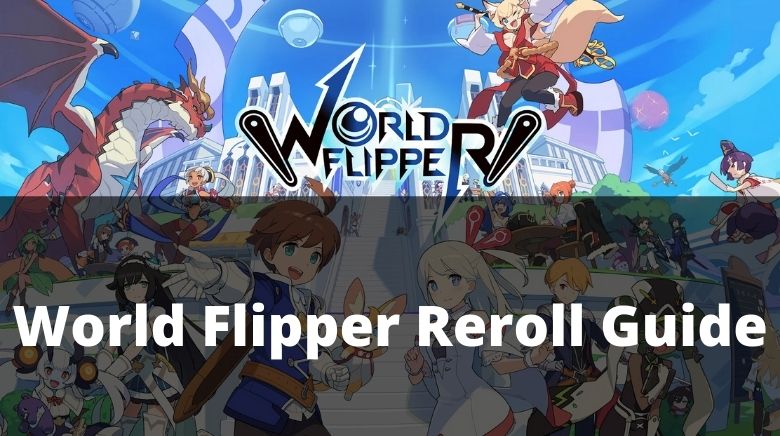 Launch the game -> sign in as a guest, go through the tutorial, claim free summons; 1+ 10 pull with free 1.5K gacha currency. Collect the pre-registration rewards. Spend all your 1,500 Lobestar Beads to draw characters from the banner featuring your favorite or top-tier character; reroll tier list is below.

If you don’t get any top-tier characters from the banner, go to the menu -> account information -> log out from the guest account. Clear the game data if you are on Android, delete the game, and reinstall if you are on iOS. Start the game again -> you will have to redownload the game’s patch file, which is around 2 GB. If you have a data limit, log in with another account; FB/Google/Apple that you have not used already to start again from scratch.

You can also reset the game account but it takes 24 hours. Go to the menu -> account information -> unregister game -> unregister. This will take you to the title screen. Don’t log in with the account that you just unregistered as it will cancel the un-registration process.

In this World Flipper Reroll tier list, we are going to showcase a list of characters that you should aim for while rerolling. And, these characters are: –

You can get details of all these characters here; World Flipper Tier List Guide. Or, read here;

Celtie is one of the best units in the World Flipper game. This is because her skill scales infinitely off combo count making her possibly do tremendous damage.

Razelt is another top-tier character in the World Flipper game to reroll for. Razlet belongs to the light element class and stands at the top when it comes to picking the best light element characters. He has great utility abilities that can help you win battles; he excels in supporting allies and can also act as a tank. His buffs can increase the team’s survivability and DMG.

Veron is a dark element character and stands at the top of the tier list – thanks to his penetration and attack modifiers. Veron can inflict a good amount of DMG and since he possesses penetration utility, you will be able to use the Word Flipper best weapon malte, which requires penetration.

Clarisse is one of the best fire element characters in the game. At release, she is a strong DPS character with lots of skill DMG with her fireball skill. At the same time, her fireball puts fire resist down debuff which increases fire DMG on the enemy which means other characters in the lobby will also inflict more DMG to the target.

This debuff is an extra DMG multiplier which makes Clarisse suitable as a strong support/2nd DPS character when more powerful fire skill damage characters get released. Clarisse also charges 80% of her skill gauge at the start and her skill produces a lot of combos making her very valuable in teams outside of skill DMG such as power flip.

You can get details of all these characters here; World Flipper Tier List Guide.

So this would be all in this post on World Flipper Reroll Guide.