Read on for Eternal Kingdom Battle Peak best class guide. A complete list of EKBP Classes and their strengths. 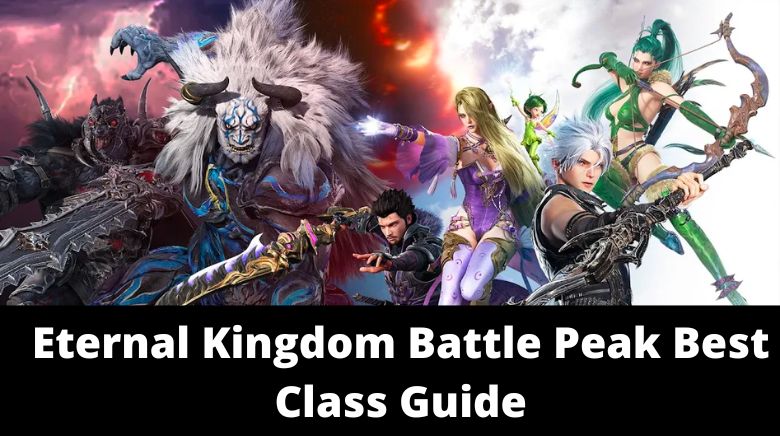 Asobimo Inc., well-known for Toram Online, Alchemia Story, and many other MMORPG titles, has one new game in its portfolio: EKBP – Eternal Kingdom Battle Peak. EKBP features plenty of jobs, aka classes – each job/class has unique skills, strengths, and weapons.

This post will cover all the Eternal Kingdom Battle Peak classes or jobs and share our opinion on which class is the best. So let’s not waste any time and head to the main content.

Gunner, also known as Sniper, is one of the jobs or classes in EKBP that uses long-range firearms, explosive bombs, and traps to strike targets and trap them. Deploys the turret that attacks the enemies in range. As a Gunner, you can hit the enemies from a long distance. If you are looking for a DMG dealer class with long-range hitting abilities, Gunner is the best class/job you can choose in EKBP.

Priest, also known as a healer, is a supporter job/class in Eternal Kingdom Battle Peak. Priest is not considered a good class to start with due to low DMG, durability, and difficulty in clearing quests solo. Priest specializes in healing and can do well in team battles by supporting the DMG dealers and tanks/defenders in the team.

Mage, also known as Sorcerer, is a utility class specializing in inflicting magical DMG on the enemies and can control enemies with its skills. Skill kit packed with CC and DMG abilities. If you are looking for a DPS class with CC/Crowd Control abilities, Mage is the class to pick.

Paladin, also known as Knight, is a tank/defender class specializing in leading the team from the front and taking the most of the DMG from the enemies. Paladin has got a shield that blocks and absorbs the DMG dealt by enemies. Better HP, DEF, and DMG resistance stats make Paladin the best resilient class in the Eternal Kingdom Battle Peak. However, the DMG is not that good – given that Paladin only excels in defending the other members of the team by absorbing most of the DMG dealt by enemies.

So that’s all we got in this post on Eternal Kingdom Battle Peak Best Class Guide: All Classes.

Do you love playing mobile games? Subscribe to our YouTube Channel – Gaming Soul, for new mobile game videos. For More Updates, Game News, Game Guides, New Game Releases, And ALERTS – Like Us On Facebook – Gaming Soul, and Follow Us On Twitter – Gaming Soul. Check Out – Best mobile games. Do you have any suggestions? Submit Here.