Read on for the Cross Summoner R Tier List guide. 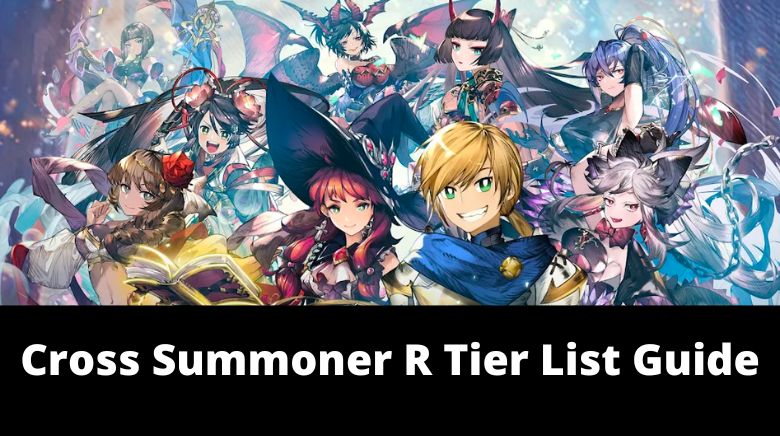 The Cross Summoner R tier list ranks the characters of all grades, i.e., SSR, SR, and R, in five tiers; Tier 0, Tier 1, Tier 2, Tier 3, and Tier 4 – based on their performance in all the game modes such as story, boss challenge, arena, tower, bosses, etc. In tier 0, we have placed the characters that are OP/overpowered. Tier 1 lists the best characters. Tier 2 lists the decent characters. And tier 4 lists the average characters.

Before you proceed further, make sure to read this Cross Summoner R reroll guide. By rerolling, you can get top-tier characters in the beginning and have a head start. And to make rerolling easy, redeem these Cross Summoner R codes.

Below, we have ranked all the Physical DPS characters in the game. These characters excel in inflicting PHY DMG on the enemies. Reid is currently the best DPS unit in the game and is capable of inflicting massive DMG. Then you have Asuka, a UR grade unit capable of penetrating enemies’ PHY DEF. Asuka goes well with Rasheed, Karen, and Bormea UR. Sassafras is another UR unit that can do well in story mode and guild boss. Saizou and Rasheed are the two decent ones.

Below, we have ranked the healer characters. Healers are characters that excel in healing allies or restoring their health during combat. Some of these characters can even boost the characters’ stats like ATK and ATK Speed, Luna, for example. Luna is the best healer unit in the game and is capable of raising the ATK and ATK speed of allies. Karen is a defensive healer who does well in Academy mode. Ruzha and Jack are some decent healers. Though the best one is only LUNA.

Below, we have ranked mage characters. These characters can do AoE Magic DMG, break magic DEF of enemies, and are capable of inflicting debuffs. Bormea is currently the best mage or caster unit in the game. Bormea can inflict AoE DMG. Then you have Alwin, another mage capable of unleashing AoE magic DMG and inflicting debuff-like stun. Lamia is a decent one who possesses CC skills like stun, that too with AoE effect. Rill can reduce the magic DEFENSE of enemies.