In this article, you will learn “how to play the Merge Tactics game”, tips & tricks for defending the kingdom in battles, about progression, blocks or units, and other things such as town buildings, and more. So, without further ado, let’s get straight to the main content: Merge Tactics cheats, guide, tips & tricks: –

Getting Started With The Main Basics Of Merge Tactics 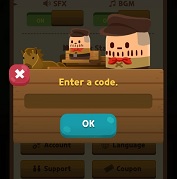 (1) First things first – some players have been looking for the coupon codes. Tap the menu button in the top-right corner -> settings icon -> coupon -> enter the coupon code and get the rewards. Are there any Merge Tactics coupon codes available? Well, as of now, no coupon codes are available. You can follow the LoadComplete(the developers of the game) on Facebook as they may announce codes on their FB page or you can ping them for a coupon code. The link to devs’ FB page is: https://www.facebook.com/LoadCompleteofficial

(3) Merge Tactics game features three main game modes; the battle mode challenges you to conquer over 10 battle arenas. From the challenge mode, you will earn the honor badges that you can use to upgrade the commander. And the endless mode to earn in-game currencies.

(4) Currencies: gold coins and gems are the two main things here. With gold coins, you make building upgrades in the town and also make upgrades to the blocks or units. With gems, you can buy the chests that contain blocks/units and BP. Honor badges: obtain from the challenges and use to make upgrades to the commander. Earn gems, coins by completing the battles, sending units on transport quests, and main quests. Or from the chests.

(5) Upgrade the blocks or units to earn EXP and increase the account level.

(1) In the battles, you have a commander and x4 blocks/units to fight the enemies. Make sure to get familiar with the commander skills as well as blocks/units skills to build the best party/deck/team.

(2) Commanders have active skills and passive skills. The first commander that you get in the Merge Tactics game is Henry with the ability to generate silver coins. With passive skill, Henry increases the chances of getting artifacts.

(3) As of now, there are x5 commanders in the game. The three best commanders in Merge Tactics Kingdom Defense – in our opinion, are Seacole(restores the HP of all friendly blocks), Barbaros(AoE DMG), and Henry(generates silver coins).

(4) When it comes to picking the x4 blocks in the deck/party/team, we recommend going with x1 tank, x2 archers, x1 mage/x1support.x1 tank to lead from the front tiles, x2 archers and support/mage in the back for offense/support.

(3) You can get the blocks or units from the loot chests.

(4) You will need BP and gold coins to upgrade the blocks or units.

(5) In Merge Tactics Kingdom Defense, units have unique skills. Make sure to check their skills and then you can build a great team/deck/party for the battles.

(1) To win the battles in the Merge Tactics game, you will have to clear all the waves of enemies.

(2) Strategy: use the units wisely. Place the melee/tank blocks in the front tiles as they can absorb more damage than any other units. Deploy the archers in the back row; they possess great DMG but low HP. To get the most out of their abilities, you should cover them with the melee tank units. Use the mage units to control the enemies(for example, the shaman can weaken the enemies, Ice wizard can freeze the enemies). If you have a support unit, you can use them at the right time to support other blocks(they don’t have great DMG and HP, but their skills can be game-changer).

Also, use the commander skills wisely. For example, Seacole’s skill can regenerate the HP of allies.

(3) Upgrade the blocks/units and commanders to get stronger. If you are using the right strategy, you should try upgrading the units/commanders.

Get The Free Items In Merge Tactics

(1) Go to the town screen -> sometimes, units give free coins. Tap the gold coin icon when it appears over their head.

(2) On the town screen, on the top-left corner, sometimes, you get free gift to claim by watching the video ad.

(3) Navigate to town screen -> tap the quest icon in the top-right. You can earn loot chests and gems by completing the quests.

(5) Transport the units to get the loot chests containing BP, Blocks, Gold coins, and other rewards.

So that’s all we got in this post on Merge Tactics cheats, guide, and tips for beginners. Got more tips? Comment below.