M&M Heroes: Era of Chaos’s battle mechanics are pretty simple- all you have to do is deploy the battle units such as casters, rangers, defenders on the team formation slots – strategically, considering the enemy’s formation. There is an auto-battle mode that you can use in the battle to cast the hero’s skills on enemies. Your ultimate goal will be making the army stronger by recruiting the best battle units, best hero – and, using them according to their strength. This M&M Heroes: Era of Chaos guide covers all the fundamentals of the game. Also, we have shared a bunch of M&M Heroes: Era of Chaos tips, cheats & strategies for you to win battles. So without any further ado, let’s get started.

There are five types of battle units in M&M: Era of Chaos game – Offensive, Defensive, Charging/Cavalry, Ranged/Archer, and Casters/Supporters.

In the Units menu of the game, you can get all the information on each unit. Head to the Units menu -> if the unit is unlocked, tap its avatar -> go to the skill tab -> tap the skill icon to read its skill details. If the unit is locked, you can preview its skills by tapping the preview icon in the bottom-right corner of the avatar -> on the next screen, tap the skill icon to read its details. Also, it shows other info on faction, aptitude, position, etc.

How To Get Battle Units: –

The main method to obtain a battle unit in the Era of Chaos game is from the altar building. There you use the diamonds of keys to summon the battle units; you may get a complete unit or a few shards of it. Also, there are many other game sources; chapters, Underground game mode, Barracks Redemption, Arena Store, etc.

Navigate to the Units menu and tap on a locked unit avatar to check all the sources from where you can obtain it. On the locked avatar, the game displays the number of shards that you will need to unlock it. For example – To unlock Green Dragon, you need 80 Green Dragon Shards.

Offensive, Defensive units can only be placed in the front row slots. Charger units can be placed anywhere on the battle formation. And, the Casters/Rangers or Archer units can only be placed in the back row. Along with the units, you need to add a hero to the army. M&M Heroes: Era of Chaos features 14 heroes. Level Up to unlock new slots if you want to deploy more units on the tactical battle board. For example – At level 28, you can deploy 6 units on the battlefield.

You need the energy to challenge the enemies in PvE game modes. Energy restores gradually or can be recovered once a day using the diamonds. If you are a VIP, you can restore it with diamonds multiple times a day. Or from the energy event, you can grab free energy.

In combat, you can unleash the hero’s skills manually on the enemies or set it to auto-mode. Units attack the enemies automatically – all you have to do is deploy them in the right lane and on the right slot.

You will start the journey by completing the Town Chapters where you travel through different parts of the world and challenge enemies. From these battles, you earn player EXP. You need player EXP to raise the player level – as you level up, new content in the game gets unlocked: –

How to earn player EXP: –

1.) Position The Units Wisely and Build A Balanced Team

All the units in the game have different skills & play style. In their profile page, make sure to check the skill info because it’s important to get familiar with their skills if you want to build the team of best units. For example – some caster units have healing skills, while some apply buffs/debuffs to the friendly/hostile units. So make sure to get familiar with each unit’s skills.

The next thing is building a balanced team: –

If the enemy’s battle formation is hidden, it’s better to build a balanced team. In a balanced team, you must have defensive units protecting the back row units with their skills. The melee DPS or ranged DPS + Casters with Healing or Buff/Debuff skills.

If not, build the team based on the enemy’s formation. For example – If the enemy has deployed more melee units, you go with a ranged DPS attack formation – covered by defensive units. If there are more ranged units, use Charger units because they can help you attack back row. 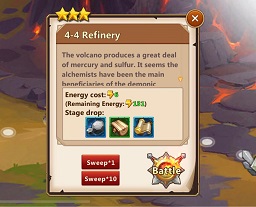 The stages that you have already cleared can be repeated for more rewards. And, you don’t need to play it manually and wait for the result because you can sweep or clear it instantly by spending energy. Tap the cleared stage -> sweep-> get the reward. It is one of the best ways to grind EXP and other game items/materials.

3.) Complete The Training To Learn All The Tactics

When you reach level 19 in the game, Training Grounds function gets unlocked. These training challenges teach you how to use each type of unit wisely. For example – In the first challenge; Charging Training, you learn how to use the Charging units to attack back row enemies. When there is no melee unit in the opposite lane of the Charging Units, they attack the back row enemies – ignoring the right/left side enemies.

If you don’t have an item that is required to upgrade the unit, then tap that item and the game will show you the source from where you can acquire it.

5.) Complete The Missions To Level Up Quickly

Daily Missions grant a ton of EXP to the player and helps to level up quickly. So make sure to complete all the daily missions asap for player EXP and other rewards. Also, there are main missions, which grant a lot of valuable items such as diamonds, material items, unit EXP, etc.

6.) Pay Attention To The Side Quests

Head to the world map and choose a chapter. In each chapter, there are side quests to complete. Choose a chapter and in the upper-left corner, you will see the Scout’s letter option – tap it and head to the side quest tab and complete them for additional rewards; unit fragments, equipment upgrade material, rank-up material, unit token, etc.

7.) Fight The Enemies On The Map

Other than the chapter mode stages, on the chapter screen, you can find other enemies. Defeating them may reward you additional rewards. So make sure to check each chapter map carefully and clear it by defeating all the extra enemies. 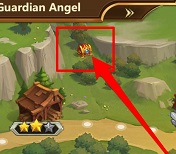 9.) Keep An Eye On Energy Event 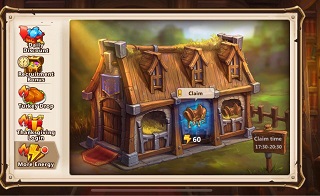 Head to the event menu and scroll down to the bottom of the event list -> more energy -> you can claim free energy at certain times of a day.

Might and Magic Heroes: Era of Chaos game features lots of game modes; campaign, underground, PvP Arena, etc. Make sure to participate in all of them and grind in-game currency/items.

So these would be all our Might and Magic Heroes: Era of Chaos tips, cheats & strategies for beginners. If you have more tips to share, comment below.

For More Updates, Game News, Game Guides, New Game Releases, And ALERTS – Like Us On Facebook – MrGuider, Follow Us On Twitter – @techhuntr. Check Out – Top New Android Games Today. Do You Have Any Suggestions? Submit Here