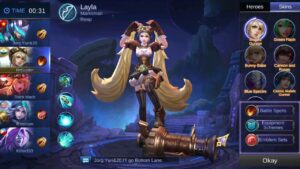 Mobile Legends Bang Bang is a great MOBA game for Android by Moonton in which your goal is to destroy the enemy base, slay down the opponents. Here’s all you need to know about Mobile Legends game; Mobile Legends guide, tips, cheats, and strategy, heroes, and more

Mobile Legends, one of the best MOBA games available for mobile devices, featuring lots of content and epic strategic gameplay. The game has crossed over 50 million downloads on Google Play Store and still getting hits and the reason behind its popularity is its gameplay, heroes, game modes, regular updates. Let’s take a look at Mobile Legends guide, tips, cheats, and strategy.

Like other mobile games, Mobile Legends also starts with a tutorial in which you learn about the basic of the game; how to play, basic moves, attacking, using skills, and much more. After the tutorial, you can play mobile legends independently. Before we start the mobile legends guide, let’s know about the gameplay first: – In the game, you fight against other players from all over the world and the task is to destroy the enemy base and defeat the opponents. It features real-time 5v5 battles, the team who destroys all the enemy base gets the victory. So the tasks are; defend your base/towers, destroy the enemy base, and slay down the opponents. Let’s start the Mobile Legends game guide: – [Also, see – The Sims Mobile Guide, Tips]

In this part, we will cover all the contents of mobile legends game; all heroes, what is emblem, skills, spells, passive skills of heroes, gears, item guide, best heroes, ability guide, and much more. Also, see – Best strategy games for Android 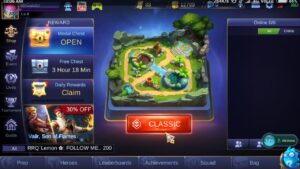 When you complete the tutorial, you will be rewarded with many heroes. The player can choose any one of these heroes before the battle starts. Mobile Legends game features amazing heroes and the team also adds new heroes to the game in regular updates. These heroes are divided into six categories:

You get some heroes for free after you complete the tutorial. If you want more heroes(powerful), then you need tickets, battle points, and diamonds. Go to the shop section -> heroes -> tap on a hero and get it in exchange for In-game currency.

The in-game currency used in many sections; to purchase hero, skins, fragments, and more. Let’s know how to get free

Before you start the battle, you have the option to choose an emblem set. You can customize the emblem set under the Prep section of the game. An emblem set increases the power of your hero; upgrade it and you will see an overall improvement in HP, mana, magic power, attack power, and speed.

At the beginning of the game, you own 2 common emblem sets; physical and magic. Unlock rest 7 emblem sets by leveling-up your profile(earn EXP by getting victories in the battles).

The maximum level of an emblem set is 60 and to upgrade an emblem set in mobile legends game, you need items; battle points, magic dust, and fragments. Also, see – Best Pokemon games for Android

To upgrade your emblem set, many types of items are required and you can get them for free by completing quests, getting victories, from the chests. 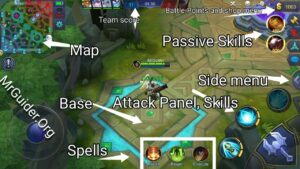 In this mobile legends guide’s part, we will guide you through the whole process; things to do before the battle starts, use battle points on the battlefield like a pro, mana, skills, passive skills, and HP. Let’s start the Mobile Legends guide – #part 2

In mobile legends game, you have only a few seconds of time to select the best hero, spells, emblem sets, and equipment scheme.

Now after you complete the above step, the battle starts. At the top right of the screen, you can see a map. Tap on (i) button to enlarge it or point anywhere to see the live fight.

Right Side/Bottom – There are attack options and your hero’s skills. Tap on the + button to activate the skills and tap on the skill to cast it. After one time usage, it takes a few moments of time to activate. And also it requires the mana. You can check your hero’s mana under the side menu.

Right Side/Top – There are passive skills/equipment/spells and it cost you battle points. You just have to tap on them to activate or you can also manually purchase it – tap on the battle points option -> shop -> choose a passive skill/spell – prioritize it and then buy it. It’s simple.

The team who earns more point gets the victory and you will be rewarded with battle points on the basis of your performance in the battle.

Mobile Legends comes with simple controls, easy to play gameplay. If you are having trouble defeating the opponents and destroying the enemy bases; check out these Mobile Legends tips, cheats, and strategy guide 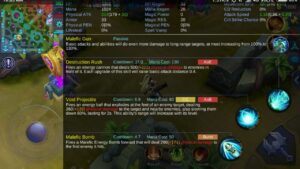 Compare all the heroes with each other; mana, attack, HP, attack speed, critical attacks, and more and choose the best hero for the battle. You should take this mobile legends tip seriously.

If you have a decent amount of battle points, then buy a powerful hero or fragments. Use fragments to upgrade your emblem set and boost-up the power of heroes.

If your hero’s HP is low, then go back to the origin/base and there you can heal your hero. Or use regen spell.

After the battle starts, you should follow your team members. If you go alone, then it might be dangerous.

There are a number of ways to get free rewards; claim your daily log-in reward, achievements, free spin wheel[shop section], chests, events, and quiz.