In this post, you will learn how to play The Ants Underground Kingdom, about special ants, tips on increasing the power, a walkthrough to progress in the game, and other things like resources, alliance, ant population, and much more. So let’s not waste any time and get to the main content: The Ants Underground Kingdom guide & tips for beginners: –

-> In The Ants Underground Kingdom, your goal is to get stronger, build and upgrade the base, and participate/dominate in all sorts of game modes; PvE, PvP, Alliance, and try to reach the top rankings. Your total power is displayed at the top of the screen and it can be increased by building and upgrading the facilities/buildings on the base, hatching ant troops, getting or developing special ants, upgrading queen, and through evolution.

-> At first, you have to focus on the PvE, not PvP. Focus on the main tasks, upgrade queen, build facilities and start upgrading, hatch ant troops, get special ants, expand the base, join the alliance, and once you have got strength, you can start participating in PvP, alliance battles, and events. In PvP, you raid on another player’s base to loot lots of resources.

-> Once you reach the level 7 queen, you will need to choose a class. We have posted The Ants Underground Kingdom class guide here to help you pick the best class.

-> At Queen level 8, you will lose the nest shield that’s activated by default for newbies. Once the shield is removed, other players will be able to invade your nest and can loot the resources. Make sure to hatch the ant troops, increase power, research/evolve to increase nest defense.

Focus On The Basic Things To Progress⇓

(1) TASKS: Follow the main tasks in the beginning. At the bottom of the screen, tap on the tasks menu; there you will see the main tasks and daily tasks. Main Tasks not only give you rewards but also help you to progress in the right way.

(2) Join an alliance: There are so many benefits of joining an alliance; if you join an alliance in The Ants Underground Kingdom, alliance members can help you by reducing the construction time, assisting resources, and also you get access to daily tasks, alliance store, alliance rewards, etc.

If you upgrade the barrack buildings, you will be able to hatch more troops at a time and also unlock a new tier of the same type of troop. Higher-tier ant troops possess more stats and can do well in the battles.

For instance, if the queen level is 12, make sure that other facilities or buildings are also on the same level before you start the level 13 queen upgrade.

That’s because there are so many facilities in the game and you don’t want to left out some buildings. If you keep all the buildings at the same level, you will achieve max growth. It’s just an organizing tip.

How To Increase Max Ant Population

Players can produce these resources at the base, gather outside the nest, or invade other players’ nest. 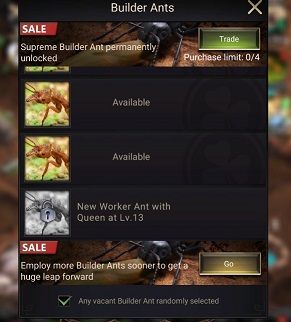 Worker or Builder Ants would be needed to build facilities. In the top-left corner, below the ant population number, tap the wrench/hammer icon to see how many worker ants or builder ants that you have. You can have x4 builder or worker ants by level 13. All you need to do is build normal Ant Habitats. You can get more by building supreme builder ant habitat, but it’s not free. You will need to buy an IAPs pack.

The more worker ants you have, the more facilities you can build or upgrade at a time.

Guide To Special Ants In The Ants Underground Kingdom⇓ 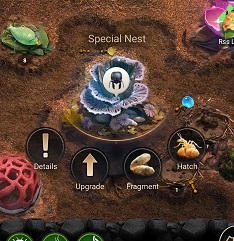 Special Ants can be stationed in the nest on the buildings or sent to march outside the nest for PvP, Rally, Gathering, PvE battles.

At the bottom of the screen, tap on the special ant option. Tap on the ant to open its profile; each ant has unique skills and best in something; like leading guardian ant troops or shooter troops or carrier troops or in gathering or providing bonuses when you station them. 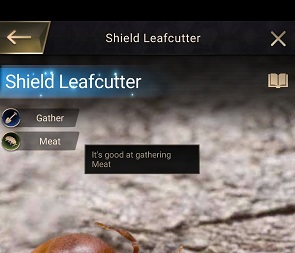 In the top-left of the ant profile, you will see the traits of the ant; just tap on any trait listed there to see details. Also, tap on the skill icons to get familiar with the strengths of all the ants.

Green ants are common ones, blue ants are rare, purple ants are epic, and orange ants are of legendary grade.

You can get special ants from the special nest. Tap on the special nest facility in the nest base -> choose a banner; normal hatch, advanced hatch, and supreme hatch. You may get items too.

In the top-right corner on the same screen, tap the (i) icon to see the drop rates: –

Supreme Hatch only features ants while advanced/normal features items too. Supreme Hatch has better drop rates for orange, purple, and blue ants. Advanced hatch and normal hatch banner – has high drop rate for items than the fragments of special ants.

The more troops in a march, the more troop load. High troop load means you can gather more resources outside the nest. Tap on the nest icon in the lower-right corner -> tap on the search icon button in the lower-left -> you can send march to fight Ladybug, Locust, Snail, Orb Weaver, Termite Hill, and Lizard. Or send the march to gather resources from Woodclouse Colony, Bush, Wet Soil Pipe, Sand Pile, and also diamonds.

Although, diamond resource tiles are rare.

Make sure to check out the special ants’ skills in the profiles and based on their skill strengths, you should let them lead the march. For instance, if a particular special ant is good at gathering meat, assign it as a leader in the march formation. Some special ants are good in invading enemy nests, leading specific ant troops, while some in gathering specific resources So make sure to get familiar with their skill/ability.

Participate In The Events⇓

You can earn quality rewards by participating in the events. On the top-right side, tap on the event option to check out the ongoing events. Complete event goals to earn points and receive rewards.

Scout Before You Invade An Enemy Nest⇓

So this would be all in this post on The Ants Underground Kingdom guide and tips for beginners. Got more tips? Comment below.