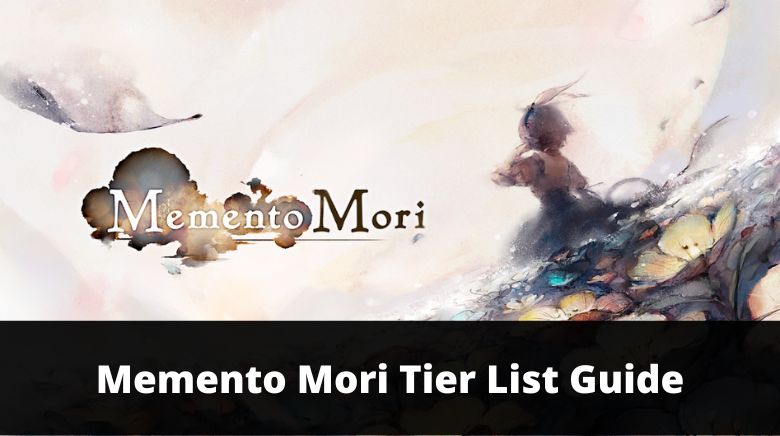 So let’s not waste any time and check the Memento Mori tier list, ranking LR-grade characters in three tiers;

The above Memento Mori tier list only ranks LR grade; SSR+ and N grade characters are not too good; they can do well in the early game or have some niche uses at some of the stages. LR characters generally perform better than these characters. We have ranked R & N grade characters into four tiers;

Memento Mori features a lot of characters; each character possesses unique traits and abilities. So make sure to get familiar with their skills and know their strengths. Some characters in the MementoMori excel at supporting allies with their useful healing skills that restore the health of allies during the battle. Some characters do great DMG on the enemies, while some have good HP/DEF stats, and they can last for a long time.

Make sure your team has at least one healer in the team, and in other slots, add DMG dealers and tank role units. Head to the character section of the game and check the skill of each character you have. Also, it would be better to invest in SR-grade characters; top-tier SR-grade characters are mentioned in the above tier list.

How To Get Characters In Memento Mori?

The characters in the Memento Mori can be obtained from the summoning. After clearing the first chapter, you will unlock the invoke function of the game, where you will see a bunch of banners on the left. Select a banner and tap on the details in the lower left to check the drop rate of the character. You will need the diamonds or tickets to summon/invoke the characters. At the global launch, in the beginning, the game allows you to summon four characters;

Prayer of Beginnings; it guarantees 1 or more SR characters. You will need the ticket of beginning to summon on this banner.

The prayer of the cursed banner features N/R/SR grade characters, and you can invoke them using the diamonds.

Prayer of Crimson — Crimson soul characters appears here. It costs a ticket of souls to summon on this banner.