Athalia is one of the Ascended heroes in AFK Arena. Read on for AFK Arena Athalia info: signature item, skills, and furniture info. 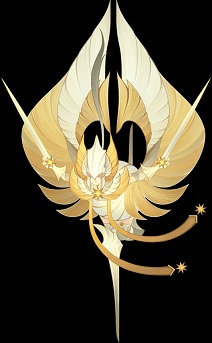 With the help of the Ultimate Skill that Athalia possesses, you can slash the foes and inflict massive damage. Using this skill, Athalia strikes hero foes with lightning speed and precision, slashing them x3 times from various positions on the combat field. Each slash strike causes damage to all foes in her path. The x3rd slash has a 100% CRIT Strike chance. Level 2 of this ultimate skill; foes that are struck more than once are dealt an additional 50% DMG. And, at level 3, the damage is increased to x190%.

With the help of this skill, Athalia unleashes a multi-staged strike on the foe closes to her, with the final blow inflicting DMG to the target that also leaves them stunned for a few seconds. Level 2 increases the stun duration, level 3 increases the attack damage caused by the final attack.

Using this skill, Athalia descends from the heavens/sky onto the combat field and strikes the enemy directly opposite her, causing damage to them. Once the initial attack has finished, Athalia will stand and attack the targetted enemy normally. Foes will not be able to recover or regenerate energy when struck by this skill. Level 2 increases damage, level 3 makes the enemy not regenerate energy for a few more seconds. And, level 4 increases damage.

This is the passive skill of Athalia. Effect: Athalia uses a divine aura that allows herself to mitigate a certain % of all received DMG for every friendly unit alive on the combat field. Level 2 increases damage, Level 3 increases damage(based on the alive friendly units).

Athalia’s Exclusive Signature Item is called “The Sin Purgers”. Its skill name is called Bloodless. Its effect; defense rating increases by 4% of the value of Athalia’s ATK Ratings.

Furniture Set Bonuses; Activate By Placing A Set Number Of Items In The Room⇓

Place 3/3 pieces of Mythic Exclusive Furniture to activate this effect; Athalia strikes at her foes every X15 seconds, utilizing the same DMG and AoE range by her skill “Divine Fury” against them. After smiting, the DMG of Athalia’s normal ATKs is increased by 15% until the battle ends. This ability can be stacked by X2 times.

Place 9/9 pieces of Mythic Exclusive Furniture to activate this effect; same as above but ATK is increased by 20% and the ability can be stacked x4 times.

So this would be all in this post on AFK Arena Athalia.