Brave Nine (Brown Dust) – Tactical RPG features loads of mercenaries/characters in the game. There are warriors, defenders, magicians, and supporters that you deploy on a tactical battlefield to strike down the foes. It would be better to focus on the Brave Nine best characters rather than developing the useless and low-tier(Rating) units. If you have just started playing it, then today’s Brave Nine tier list will help you in choosing the best characters for your journey and the Brave Nine rerolling guide will help you to get the top tier character at the start of the game! Let’s get started!

Before you head to the tier list, let’s learn about the characters’ info. All the characters or mercenaries in Brave Nine game belongs to one of the following roles: –

If you have to build the best team, you will need the top-tier characters from each of these roles; the characters who possess the defender role help you to defend the backline allies; DPS, magician, supporter. Having a top-tier defender is important. Warrior – the characters who belong to this role are the DPS characters. Their role is to deal damage to the foes in the battle. Magician – Magician also attacks the enemies – but their strength is the crowd controlling skills – they can apply debuffs on the enemies. Supporter – Supporters have healing skills.

Another important thing is to know the basic tips, tactics & tricks of the battle – you may get defeat even if you have the top-tier units. We would recommend you to check the guide and tips post for more information.

Reroll in this game is quite easy. The game features a delete account function that resets your game progress. You can delete an account every 3 minutes. Tap the gear icon(Settings) at the upper-right corner of the game screen -> delete account -> enter the numbers in the search box and confirm. 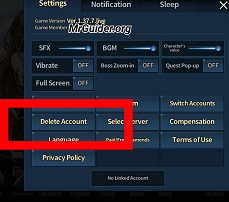 Prior to it, make sure to do summons as much as you can. Go to the shop -> recruit mercenaries -> there you have many options; normal, class, friendship, mileage, legend, and events(chances up). In the normal summons, you need scrolls(can be obtained by playing the game; through missions, quests). The class summon function lets you summon a particular class mercenary; supporter, magician, defender, and warrior. In this summon, you need scrolls(earn these scrolls from the events). Friendship summon lets you summon the mercenaries(up to 4-star) with friendship points.

Complete a few chapters, missions, and events to earn diamonds. Spend in the summons. Don’t forget to check the mailbox; you get newbie rewards there. If you are satisfied, continue with the account. If not, delete and reroll!

We would recommend you to roll for a good tank(defender) or a good DPS(Attacker) or a good supporter – 5-Star. EX – Seir, Vernoia, Siegmund

So this would be all in this post on Brave Nine Tier List 2020 – Best Mercenaries. This article was last updated in August, 2020.