The game gives you three summon chances in the beginning; tutorial summon, with +50 Kaku Gems, and voucher ticket(SSR Unit, dispatch). Let’s get started: – 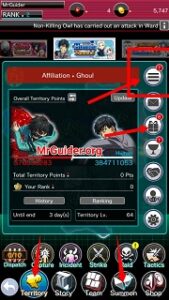 After completing the tutorial, head to the main screen(territory) -> tap the menu button -> tap the gift icon and claim all the rewards. You will get +50 Kaku gems+an SSR ticket(voucher summon). Head to the summon tab -> premium summon -> multi summon(Spend 50 Kaku gems). Once done, go back to the summon tab, scroll below -> voucher summon -> multi-summon(spend the SSR ticket/voucher). If you have not got the unit you want, then here’s how to reroll in Tokyo Ghoul re birth game(Android) –

We just added 1 to the last(folder’s name)  and then revert it back after clearing the data. Note – If there is not(exact name folder), then search for Tokyo Ghoul re Birth folder(TGKRB) in Android/Data directory. Once done, open the game again.

Complete the tutorial again. Go for tutorial summon. Collect the free rewards. Go for premium and voucher summon. Repeat the above steps again until you get favorite units.

Haise and Eto are good units to look for. If you’ve got Eto or Haise, then don’t reroll. As per the current event, there are only 1% chances of obtaining Haise. And 4% chances of obtaining an SSR unit. Go to the summon tab -> premium summon event -> tap the odds button to check the drop rate+list of characters. 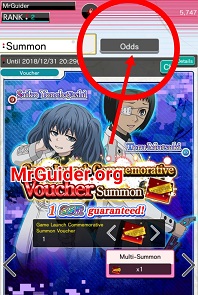 After obtaining the characters, go to the team tab -> roaster -> tap the character to get more info. Head to the skills tab to get skill info. Tap the upgrade info button -> mastery for more details. You can earn more Kaku gems by playing the story mode(you get one at each stage, as the first-time clear reward).

If you are unsure whether the units you got are good or not, then this Tokyo Ghoul re birth tier list(re-invoke) may help you. It’s not an official/with all the details, but we hope, it will help you. Download – Here(Google Docs Link, Format – Spreadsheet, Source – Reddit, Subreddit – Tokyoghoulgames).

Keep in mind that events do not last for a long time; the featured units/their drop rate gets changed over time. By tapping the odds button, you can get the full details(summon -> choose a type -> odds) or tap the character details button to check out featured units.

So this is the Tokyo Ghoul re birth Rerolling guide and tier list. Also, see – Top new Android games of this week