Get Started With Age of Pirates Ocean Empire Basics

In the Age of Pirates Ocean Empire game, you will be managing the manor, ships, captains, and progress through the missions with a goal to build the strongest ship fleet! In the upper-left corner of the screen, below the in-game name, you can check the current battle power – it’s determined by the fleet that you have set-up. At the beginning of the game, you can deploy up to three ships in the fleet. To deploy more ships or unlock more slots in the fleet, you will have to research military tech in the research lab; it’s called command. By upgrading this tech, you can increase the maximum number of warships that you can add to the fleet.

Guide To Warships In Age of Pirates Ocean Empire 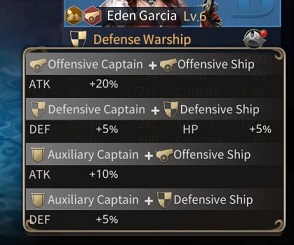 Getting Warships In Age of Pirates Ocean Empire

Guide To Captains OR Characters 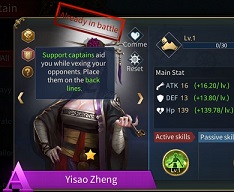 Captains have powerful skills that they unleash during the warship battle. They are available in multiple grades; S, A, B, and C. S-tier grade captains are better than the A, B, and C-grade/tier captains. Then, A >B, B> C.

Also, captains in the Age of Pirates Ocean Empire game are available three main roles; support, attack/offensive, and defensive. Defensive role captains have shield and defense skills. Offensive role captains have high DMG AoE skills. And Support role captains possess healing and buff skills. To check the role of the captain, visit the captain menu. Select a captain. In the top-left of his/her profile card, below the faction icon, there is the role icon; cannon(offense), shield(defense), and support(plain shield).

Getting Captains In The Game

Tips To Build The Best Fleet 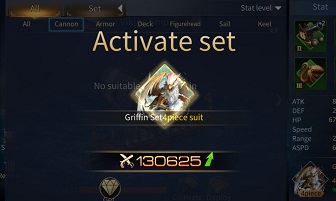 If you tap the gear and read its name, you will see the set name. For example – Griffin cannon, Griffin armor, etc.

Activating the equipment bonus – equip x4 or x6 gears of a particular set to activate the bonus. Go to the warship menu -> on the right side it has two tabs; stats and equipment. Go to the equip tab -> tap on the “set” button to see the activation bonuses.

Make The Upgrades To Captain And Ship

Ship: – cultivate the ship to increase its level. Equip gears. Upgrade the equipped gears in the arsenal building on the manor.

Captain: – increase the captain’s level using the EXP books. Star-up once you have enough shards(obtain shards from recruitment). Unlock new skills by raising the star level of the captain.

It’s your base where you build and upgrade a lot of useful facilities: –

Guide To Trading In Age of Pirates Ocean Empire 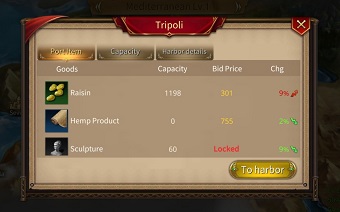 Go outside the manor(on the sea) and at the top-right corner, tap the mini-map. On the mini-map, you will see a lot of ports -> tap on any port to check available items and their prices. Compare the price with other ports -> buy the items at a lower price from the port where it’s being discounted and sell it to the port where it’s the price is high. This way you can earn a great profit.

The Ports Guide For Rookies

Visit any port and you will find three facilities there; the governor’s palace, tavern, and trading company. Governor’s palace – here you can donate the currencies and raise the level to unlock new trading items

Taven – here you can interact with NPCs and they may give you items like treasure maps and other info.

Trading Company – buy and sell the items. (Set sail to exit the port).

Tips To Level Up Fast In Age of Pirates Ocean Empire

(1) Daily Missions – these missions give you a great amount of EXP. In the top-left, tap the daily option and check the daily quests. Complete them and get the rewards.

(3) Play & Repeat in PvE – tap the battle option in the lower-right side menu list. Select the stage; repeat or sweep to grind enhance books or EXP.

While exploring the ocean, you can see other players too – tap on their ships -> plunder. Make sure to challenge the players who have low strength than yours. They can either surrender or go for the fight. You can win currencies.

So that’s all we got in this post on Age of Pirates Ocean Empire guide, tips, and cheats for beginners.