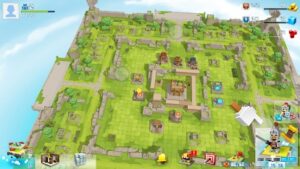 Craft Warriors is a new strategy game for Android by Translimit Inc, the creators of Brain Dots game. In this game, you build your town with facilities, defense, attacking units and loot other towns for precious resources. Check out our Craft Warriors Guide and Craft Warriors strategy, tips, cheats to progress fast

Craft Warriors is one of the best strategy games for mobile devices. If you have ever played Clash of Clans, Caravan Wars like strategy games, then you can easily understand the mechanics of this game. The gameplay is similar; you build the town by adding facilities such as gold mine, storage, defensive units and build the best attacking and defensive deck by upgrading and unlocking the units/troops. All the players fight against each other for resources such as gold, Mythril, and gems. There is clan feature too; you can build the clan with your friends and battle against other clans. In this post, we have covered everything you need to know about the Craft Warriors game; Craft Warriors guide, Craft Warriors strategy, tips, layout, and cheats. Let’s start the Craft Warriors guide first;

1.) Get Started – The Basic – Craft Warriors

As usual, Craft Warriors game starts with a tutorial in which you learn about the basic of the game; how to play Craft Warriors, about facilities, upgrading, attacking, units, deck, and much more. After the tutorial, the player can manually manage all kinds of things such as manual upgrades, crafting, and more.

Your objective in this game?

At the beginning of the game, most of the features are locked and to unlock these features, you need to level up. Leveling up is an important task because it indicates the game progress. By leveling up, you can add more facilities, unlock new units.

To level-up, you need EXP(Experience points), can be obtained by;

You earn a certain amount of EXP every time you restore a facility or upgrade a facility, unit or weapon. So, one of the best ways to level-up is by concentrating on restoration and upgrading.

-A house for the builder. Need more builders in craft warriors? Upgrade the builder’s hut!

– It defends your town. Upgrade it to increase its hit points and shield duration

– Want to upgrade multiple units a time? But you have only 1 blacksmith at the beginning. Upgrade the blacksmith workshop to add more blacksmiths

Mythril Tank stores Mythril. Its storage capacity is limited. So, you can not store an unlimited quantity of Mythril. To store mode, upgrade the Mythril Tank or build more Mythril tanks.

Goldmine produces gold every hour. Increase its production by upgrading it or by building more mines in your town.

Gem is one of the precious resources in Craft Warriors game. The gem mine produces gem for you. Upgrade it to store more gems or increase the production of gems.

Castle is the main facility in Craft Warriors game. The attacker gets the victory instantly by destroying the castle. To improve the defense power, upgrade your castle.

Upgrade it to add more attack slots and increase the attack cost. 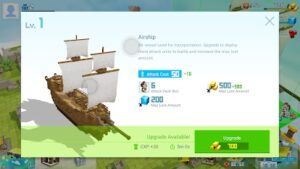 So these are the main facilities in Craft Warriors game. Other facilities are;

Rest are; defensive units or weapons such as

So, there are lots of weapons, traps, defensive units, and facilities you need to build the best town. And upgrading is an additional task to make it strong. 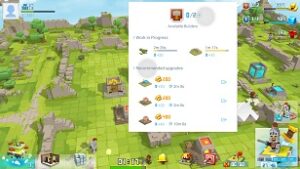 You need to balance the upgrades;

The two main aspects of this game are;

Defense; Improve it to protect your precious resources.

There are two types of decks;

Tap on the warrior icon just above the attack icon to head to deck option. A new pop-up will open where you can edit your main deck. Just tap on a unit and then tap on (-) icon to remove it from the deck or tap on the (+) icon to add to the deck. The attack cost or defense cost is limited; you can not add more units beyond this limit. And slots are also limited.

In this part, we will talk about how to build the best attacking deck and the defensive deck. 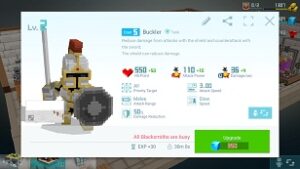 To build the best deck, you should know about the units. If you don’t know, then you can not utilize them in a proper way. Units in Crafting Warriors are;

The attributes of these units are categorized into;

Check the stats of your units, compare, and choose the best units for the deck. 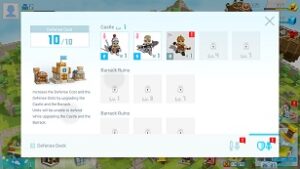 Craft Warriors Guide ->To unlock new units, level-up. To upgrade, go to the units tab -> double tap on a unit and upgrade it.

How to increase or improve the defense?

To protect your resources, you should work on the defense. There are a number of ways to improve or increase the defense of the town;

How to win battles in Craft Warriors?

How to customize the units in craft warriors?

Get crafted skins created by other players

You can also get the skins crafted by other players and equip to your units. 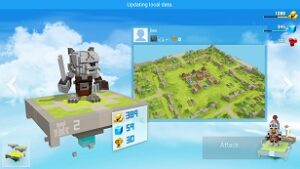 Before you start the battle, look for the loot; gold, trophies, and Mythril. Then look at the base/town. And then after analyzing all, attack!

Craft Warriors uses the energy system/fuel system, so, you can not play it endlessly. Fuel re-generates after every certain amount of time or you can purchase in exchange for gems. Keep patience, don’t waste the gems, save it for the builder and blacksmith purchase.

Complete the daily missions for rewards; gold, gems, and Mythril.

So this is the Craft Warriors guide and some Craft Warriors tips, cheats, strategy for the beginners. Download the game – Here[Google Play Store]. Also, see – Best strategy games like this one