We have curated a list of games like Top War Battle Game. If you have enjoyed playing this game and looking for similar ones, then this article is for you. 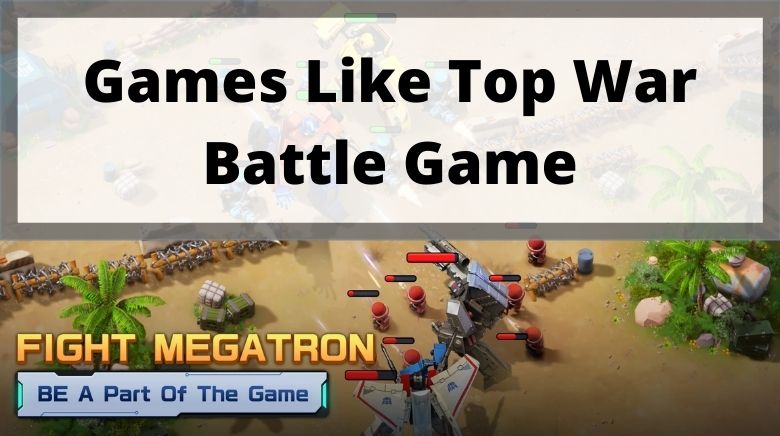 Published by Topwar Studio, Top War Battle Game, short name Top War, is a mobile strategy title, available to play for free on Android & iOS devices. In this mobile game, players are given a base where they can build facilities, train army troops, and research new techs. In other mobile games, you usually spend the resources and level up the troops or units or buildings/facilities, but in Top War, you will be merging the troops, facilities of the same level to raise the level.

Also, it has got a research system, which helps you unlock the max potential. Top War has a great collection of heroes, PvE, PvP, Guild modes, and plenty of other activities.

In this post, we are going to showcase a list of games like Top War. If you have got any recommendations, please share them in the comments below. So let’s not waste any time and get to the main content(Note; all games in this genre are P2W – if you are F2P, you will have to grind a lot): –

Note; Since Top War is a unique game with mixed gameplay of merge and raid mechanics, it was hard to find close alternatives. But we have tried our best and will continue to provide updates if a new game is released that shares the same experience as Top War Battle Game.

Merge Stories, just like Top War, plays in portrait mode and offers a similar kind of gameplay where you merge, build, and raid. Although, you will miss MMORTS game features that Top War offers. Merge Stories is more focused on PvP and Merge mechanics. You will build the facilities, collect the resources, unlock troops, and then raid on other players’ bases.

Island War, published by Fastone games, is another game that we find similar to Top War Battle Game. Although, it does not feature all the features, which Top War. It has got a merge system that you use to raise the level of units, you can build facilities on the island base, and also raid other island bases, built by other players.

Art of War 3 is an MMORTS mobile title, just like Top War, but it does not feature merge mechanics. Instead, you will be using the resources to level up buildings, army troop units.

So this would be all in this post on Games Like Top War Battle Game. If you have more suggestions, please share them in the comments below.