You can use your heroes, friends’ heroes, guildmate heroes to form a union and activate a powerful buff, which can increase the HP, ATK, ACC, etc. stats of the heroes instantly. Once you clear a certain number of stages in the campaign mode, a new function called library gets unlocked. This function lets you form a union of heroes. Heroes in the union get massive buff from the union perks. So if you are having trouble passing a stage, you should spend some time in creating unions. For the first time, it could be difficult to understand. If you are confused, then today’s AFK Arena Library & Unions guide will help you. Let’s get started!

First, let’s take a look at the list of unions and the heroes that you need to create for that specific union: –

Go to the castle buildings menu -> tap the library -> here you can check all the unions. Tap on any union and you can see the heroes(their portraits) that you need to form that union. Now, if you have these heroes, tap the + button to slot them. At the bottom of that screen, you can also see the buffs and the requirement to activate buffs. By creating a union, you can enjoy three types of buffs. In the first one, you can use any rarity heroes. To activate the second buff, you will need elite rarity heroes. And, at last, for the last & third buff, you need legendary heroes. 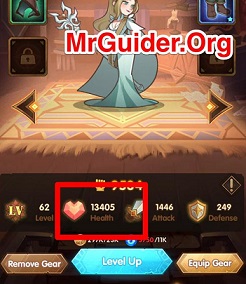 Belinda is part of The Lightbringers union. Now, as you can see in the below picture, we have activated the first buff by adding Lucius and Belinda to the slots. Now, the first buff has been activated. 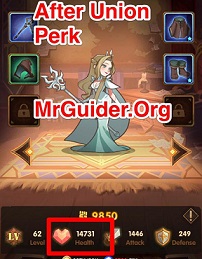 So as soon as you form the union, the heroes of that union get the buff instantly. If you have any questions, ask in the comment section below. So that would be all for our AFK Arena Library & Union guide for beginners. Also, see –

3 thoughts on “AFK Arena Library & Unions Guide: How It Works?”