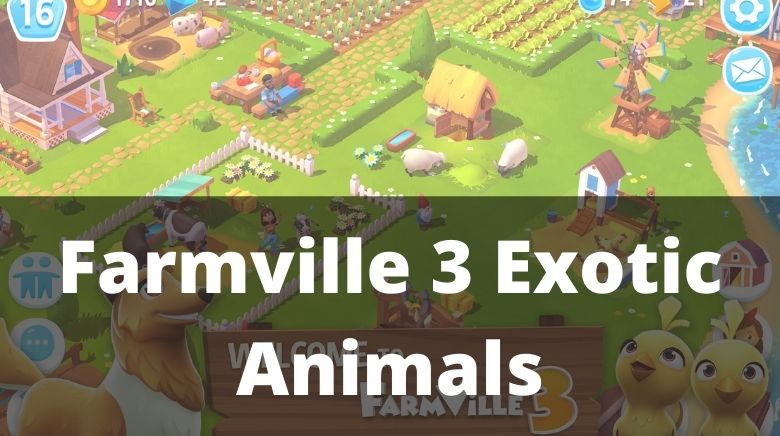 How To Get Exotic Animals in Farmville 3

After that, build another facility called “Ranger Station”(hammer icon in the lower-left corner -> head to production building tab -> select ranger station). Once built, tap it -> compass -> this will unlock the exploration. By this stage, you will get your first exotic animal.

To send the animals on exploration, you will need animal energy. The energy replenishes over time. It will be restored immediately when you level up. Other than keys, you can also earn extra special rewards.

Players can unlock more exotic animals by progressing through the chapters or exotic animal quests on the map; Ranger Station -> Compass -> Map.

Head to the merchant or shop menu of the game by tapping the coin or gem icon in the upper-left. Head to the exotic chests tab; there you will be able to buy the chests with gems or by watching the video ads. The bronze chest can give you 1-2 star exotic animals while the silver gives 1-3 star exotic animals, and at last the epic chests, which costs a lot, but gives high grade 3-5 star exotic animals.

How To Get Exotic Tokens?

Farmville 3 Exotic Animals can be trained with elixirs(obtain from deliveries, animal quests, or selling owned exotic animals). It’s important to train exotic animals if you don’t want the animal quests getting fail because of low power. You can level these animals with elixirs and once at max, evolve them using evolving material items.

How To Get Evolution Materials In Farmville 3?

So this would be all in this post on Farmville 3 Exotic Animals.