We have curated a list of games like State of Survival. If you have enjoyed playing this game and looking for similar ones, then this article is for you. 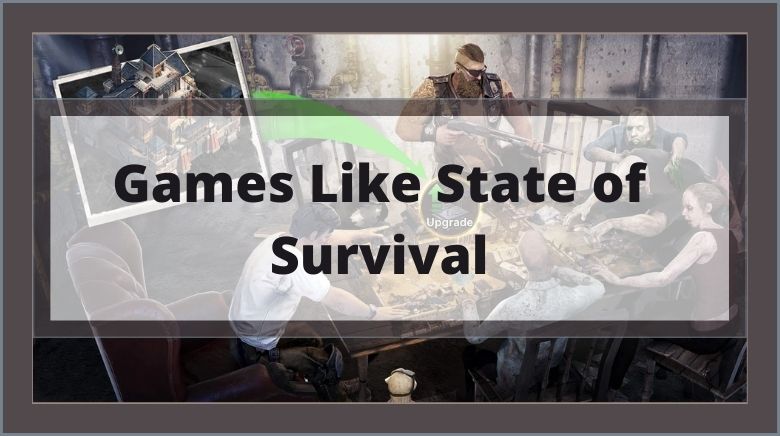 Published by KingsGroup Holdings, State of Survival is a popular mobile MMORTS genre game title, which offers PvE, PvP, Clan, and event battles. In the game, you will be playing as a commander of the base, which you can develop using the resources.

All the players get their own base where they install a variety of facilities, which produce resources, train troops, research techs, etc. There is a hero system; players can send the heroes aka survivors on battles whether it’s PvE, Event, Rally, PvP, or more. Each hero has got unique skills and strengths.

State of Survival plays in landscape mode, has good quality graphics, strategic gameplay, and it mainly focuses on PvP.

In this post, we are going to showcase a list of apps or games like State of Survival. If you have got any recommendations, please share them in the comments below. So let’s not waste any time and get to the main content.

Rise of Empires: Ice and Fire⇓

Rise of Empires: Ice and Fire is published by Long Tech Network Limited and it is a game like State of Survival. Just like State of Survival, Rise of Empires is an MMORTS genre title where players get to build and develop their very own base where they can grow RSS, train military troops, dragon facilities, shelters for heroes, and progress further through in-game campaign PvE mode.

You will be playing as a leader and the goal would be to increase the power through all means; production, troops, heroes, base, etc.

But the gameplay is the same. Just like State of Survival, Rise of Kingdoms offers base-building activities, PvE, PvP, guild, and event content.

Last Shelter Survival is published by Long Tech Network Limited and offers similar game mechanics that the State of Survival game offers. The game’s theme is based on Zombies, just like State of Survival. But it plays in portrait mode. The gameplay is the same; you have a base to build, develop, and maintain. You get to farm the resources on the map, fight PvE zombies, raid on other players’ bases, join guild and start rallies on difficult missions.

So this would be all in this post on Games Like State of Survival. If you have more suggestions, please share them in the comments below.