If you have no idea of what ships are the best ones in Eve Echoes, then take a look at this article that explains Eve Echoes best ships info. 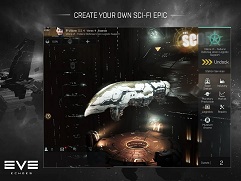 This article covers the Eve Echoes ship guide; types of ships and shares a recommendation on all types of ships featured in the Eve Echoes game. The first tip is to do advanced tutorials and get the free Venture ship. Then, earn ISK by doing the missions and get quality ships’ blueprints, and start manufacturing them. Also, upgrade the tech level, level up/train the skills to get stronger. Now, let’s get straight to the Eve Echoes best ships info –

The six types of ships that are available in the mobile Eve Echoes game are; Frigates, Destroyers, Cruisers, Battlecruisers, Industrial Ships, and Battleships. Frigates(solo PvP) – small and fastest ships with low cost; as a starter, you will be having a Frigate in the beginning. Destroyers(high DMG); these ships possess more firepower and are usually large in size as compared to the frigates. Cruisers; cruisers are smaller than battlecruisers and battleships + also faster than both these types. These ships use mid-sized weaponry and ship modules. Battlecruisers(close/long-range PvP); these ships have more slots as compared to cruisers, but they are very slow + larger. Battleships; these ships are best for PvP and PvE combat. Industrials; these ships are the best transport ships as they can haul a large number of resources. Miners; miners are non-combat ships – just like industrial ships – they are good in mining the resources.

The venture is the best mining ship In Eve Echoes at the beginning of the game. It provides warp stability bonuses, mining yield bonuses, and industrial ship command bonuses (+drone EHP). You can get it from the market(market -> ships -> industrial ship -> scroll down to expedition frigate section -> there you can buy venture in four different tiers; trainer, I, II, and III). Or, you can but its blueprint and manufacture manually.

Other mining ships in Eve Echoes: –

(3) Astero is among the top-rated best Frigates in Eve Echoes. It provides these bonuses: –

(2) Purifier is the #2 best frigate type ship in Eve Echoes in our opinion. It provides these bonuses: –

(1) Garmur is the #1 best frigate type ship in Eve Echoes in our opinion. It provides these bonuses: –

Algos, Thrasher, and Catalyst are some of the best destroyer type ships in Eve Echoes. In the early game, Thrasher would be a good pick.

Vexor is one of the best cruiser type ships in Eve Echoes.

Drake is one of the best battlecruiser type ships in Eve Echoes.

Ravan, Machariel, and Megathron are the three best battleships in Eve Echoes.

So that’s all we got in this post on Eve Echoes best ships.