Before we go deep into the details of the characters, let’s learn the basic character’s mechanics. In the Looney Tunes World Of Mayhem game, to unlock a specific character, you need to collect its pieces. And there are many sources from where you can find the pieces(read the main guide below to know more). After gathering all the pieces, you will be able to activate that character. And once activated or fully unlocked, you can add it to the toon team.

There are three types of characters in the Looney Tunes World Of Mayhem game: –

Attackers – Characters of this type have good damage stats. It means, their main role is to attack the enemies. But they neither protects the other toon characters from enemy attacks nor support the allies/toon-characters/team members.

Supporters – Supporters are very helpful in all battles. In the Looney Tunes World Of Mayhem game, supporter-type characters help other team members by restoring their health and activating the buffs(positive effects). But these type of characters has not good HP, Power, and Defense stats. But with the support skills, they can restore the life of allies.

How To Check Character Type? 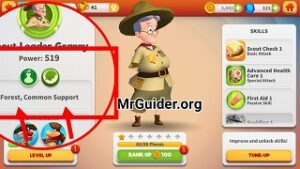 Go to the main screen of the game. Tap the toon collection icon to head to the characters tab. There you will see the list of characters featured in Looney Tunes World Of Mayhem game. Tap on any character. After it, on the next screen, on the left side, just below the character’s name, you can check the type; attacker(red), defender(blue), and support(green)(common or rare). There would be one more icon too that highlights the character’s region. Let’s learn about the regions.

In the Looney Tunes World Of Mayhem game, characters are classified into eight regions: –

What’s the point? What is it? In Marvin’s Invasion mode; there are six chapters; 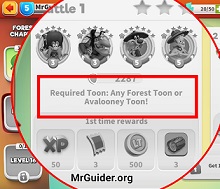 List Of Characters In Looney Tunes World Of Mayhem Game: –

How To Unlock Characters In Looney Tunes World Of Mayhem Game?

As we mentioned above, we have to collect the character pieces to unlock. And there are a number of ways/sources: –

It is one of the easiest ways to collect Looney Tunes World Of Mayhem characters. All you need to do is complete the chapters’ acts in the game. When you get the victory in the chapter mode, the game will gift you toon tickets. You can exchange the toon tickets in the re-atomizer. Go to the home screen of the game -> at the top-left corner, tap the option; The Re-Atomizer(Reatomizer) – Get New Toons! Or on the home screen, at the bottom-right corner, tap the bag icon. In the Re-Atomizer, exchange the toon tickets and get free characters pieces.

You can buy league packs in exchange for medals. On the home screen, at the bottom-right corner, tap the bag icon and head to the league store. From there you can buy packs. Tap the (i) icon to check the characters pieces you can get from that pack.

Play the competitive mode and earn trophies. As you gain more trophies, your rank will increase on the leaderboard. And as you progress, the game will promote you to the new league and gift you rewards; including rare characters pieces, medals, gold.

You will be able to participate in alliance events and as a reward, you can get an alliance crate. This crate contains rare characters pieces.

#6.) Complete The Daily Goals and Quests

#8.) Participate In The Events

Usually, you get the event details in the mail/inbox menu. At the top-left corner, tap the inbox/mail icon to check all the updates info. Or tap the hammer icon and go to the game modes screen -> there you will see event mode(if there is an event running). Participate in this game mode to get bonus rewards including toon tickets, gems(a huge amount of gem), tune-up material, level-up material, and more.

Rank-Up and Tune Up

Rank-Up – It increases the grade of character. For example; one-star character to two stars. Collect enough pieces to use this feature.

Tune Up – You can improve and unlock skills of a character using this feature. To use it, you need material; send characters on the expedition to obtain or open the crates. We have recently posted two new posts with detailed information: –

That’s enough for now. Use the search bar below and search “Looney Tunes” to read full coverage on Looney Tunes World Of Mayhem game.