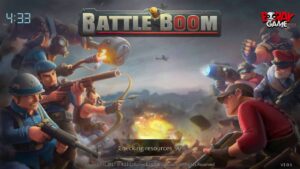 Battle Boom is a TD strategy game for Android and on the Google Play Store, this game is getting hits. The reason behind its popularity is its awesome strategic gameplay, a variety of troops, machines, missiles, and real-time battles. Let’s take a look at Battle Boom guide, tips, cheats, and strategies. 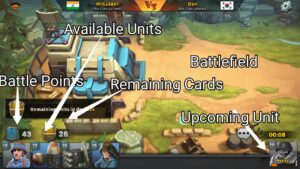 Like other games, Battle Boom also starts with a tutorial in which you learn about the basic of the game; how to deploy your troops, about the deck, units, opponent’s base, and much more. Once it ends, the player manually takes care of all the things and continue getting victories. The game features real-time multiplayer mode and stage mode. In the real-time multiplayer mode, you fight against other players from all over the world and in stage mode, you defeat the pre-set base. Let’s start the Battle Boom Guide first: – [Also, see – Best strategy games for Android]

In Battle Boom game, the player gets a variety of units to choose for the battle. These units include; missiles, machines, support items, troops, and more. The player unlocks new units by leveling-up the profile. Each unit in the battle boom game has own attributes, for instance, Rifleman’s attributes are HP, attack speed, range, and attack power. The player can upgrade these attributes by leveling-up the profile. Also, see – Top new best Android games 2018

The deck is one of the most important features in Battle Boom game. In this battle boom guide’s part, we will talk about the deck building, battle points, and cards.

The deck includes the number of units, customized by the player, and wisely prepared for the battle. For example, your deck’s size is 30, so you can add 30 units to it and go for the battle. Just head to the deck section of battle boom and there you can see your default deck.

Tap on the + button next to default and confirm. Now select your units for the battle. Another thing you have to note that you can add a unit multiple times. For example, I have three units of Rifleman, to add all, I have to tap three times on Rifleman card. It’s easy! Now, prepare your deck. I have added tips for building a powerful deck under the Battle Boom tips, cheats, and strategy section below. Also, see – The Sims Mobile Guide

⇒Note: – Before you start the battle, tap on the “default deck” option on the main screen and choose your custom deck. 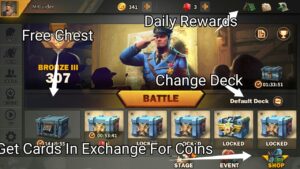 In the Battle Boom, to upgrade units, you need “cards” for that particular unit. For instance, to upgrade Rifleman to level 3, 15 Rifleman cards are required. These units cards in the Battle Boom game can be obtained from the chest; rare chest, common chest. Also, see – Best offline games for Android

As mentioned above, you can not access all the units and features without leveling-up your profile. How to level-up? You need XP and it can be obtained by getting victories in Battle Boom battles. After completing the threshold limit of XP, your profile will be level-up.

In this battle boom guide’s part, we will talk about the battle points, cards, units, base.

In the battle boom game, you can not deploy your whole deck at once. Each unit takes time, you can check the upcoming unit on the right bottom of the screen.

Scroll right and there you can see opponent’s base. Your goal is to destroy it before the opponent does this.

Battle Boom is really an addictive strategy game for Android, if you are having trouble in destroying the opponent’s base and you are not getting victories, then read these Battle Boom tips, cheats, and strategies: –

If you don’t know about each unit you have in your deck, then it would not be easy to get the victory. On the other hand, if you know about the units, you can easily use them in an effective way and it increases the chances of getting victories in the battle boom game.

As I mentioned above, each unit’s attributes are stated under the units section. Go there, tap on each unit and check its HP, attack power, range, and speed. Compare the units with each other and select the best units for the battle.

You can increase the attributes of your unit if you have enough cards and coins. Upgrading is an investment. Also, see – Best arcade games for Android

It is one of the main tasks and you should take it seriously. Go to the deck section and create a new deck. You have to balance the deck by selecting units according to: –

Battle Points: – The cost of deploying a unit. Don’t forget to select units with low battle points, because, you can easily deploy it on the battlefield. On the other hand, a unit with high cost takes too much of time and time is money.

Support Units: – These units can easily destroy the enemy units in bulk. Using it at the right time increases the chance of getting the victory. (Missiles, Firebomb, Electric Shock, and more). Also, see – Best platform games for Android

Machine Units: Powerful units with high attack power and HP. Must include these units and deploy at the right time.

After the battle starts, you should wait for the opponent’s action; because, if you deploy units first, then the opponent might use a support item over your units. Another reason is you get more battle points.

Use support items; using support items at the right time helps you in a number of ways; clear the path to the opponent’s base, a powerful damage to the units. Use it wisely, when the enemy units are not moving and when you see them in bulk numbers. Also, see – Best Action games for Android

The 4th Battle Boom tip is to invest your coins. Go to the shop section and from there you can purchase cards of a particular unit. After purchasing, level-up your units and take them to the battles. It is a great feature of the battle boom, you don’t need to wait for the cards, chests etc.

To get free coins and gems in the battle boom game, complete missions, claim your daily log-in reward, claim free chests, get the victory in the battles and win free chests.

So this is the battle boom guide and tips, cheats, and strategies for the beginner’s that will surely help you to play the game like a Pro! Download Battle Boom Game – Here(Google Play Store). Also, see – Top new Android Games today