Read on for [A Universal Time] AUT Trello & Wiki . 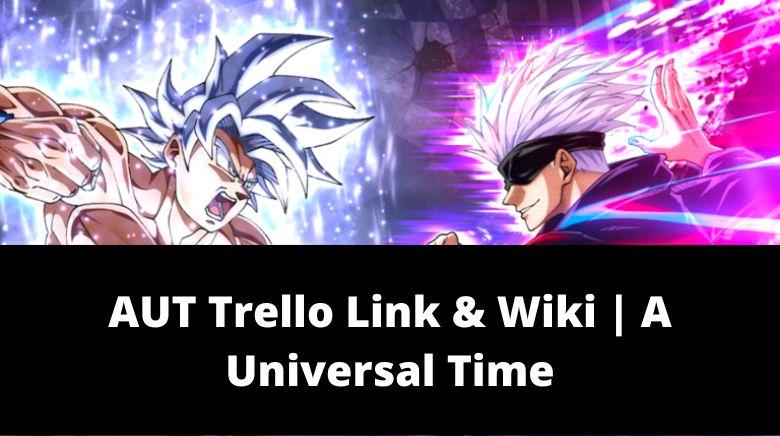 [A Universal Time] AUT is a Roblox game published by Universal Time Studio. AUT development is inspired by the popular anime/manga series called JoJo’s Bizarre Adventure. One of the greatest anime series of all time. AUT features a vast collection of stands with unique powers that characters can unleash while in the battle to inflict DMG on the non-friendly units and eliminate them from the combat field. AUT’s visuals are outstanding, the maps are well-designed, and the devs have done a splendid job in bringing the anime story/environment to the game.

Most Roblox games have a Trello, an official one, made by developers to help the players understand the game’s basics and cover every aspect of the game; better than one could cover in a WIKI. [A Universal Time] AUT Trello & Wiki is also available.

Universal Abilities are different from the abilities that you unleash with a stand. You can unleash a universal ability without a stand; you may ask why? That’s because the ability comes from the character itself, inspired by the anime on which this game is based.

U-Coin is an in-game currency, the main one, which you can use to shop items or complete specific quests. Players can earn U-coins by defeating bosses, other players, opening chests, etc.

How To Obtain Arrow Meteorite?

Every X5 minutes in the game, a meteor crashes near the village in the mountains in random locations. Also, it can crash near the beach, which is on the other side of the map.

Interact with it and you will obtain an arrow stand. There is a 1% chance you’ll be acquire a “Meteor Effect” which will make your whole screen a purple-to-pink hue.

How To Obtain Treasure Chests?

The treasure chests spawn around the map in predetermined locations. They spawn again after X2~X5 minutes in the exact same spot as earlier. These chests contain these items:

While you are inside of a Palm your health will slowly decline.

The sand debris or sand pile spawn quite often, and you can dig them to acquire a random item. There is a possibility of obtaining nothing. They spawn in Beach every X2 minutes with a guaranteed chance and disappear after a few seconds.