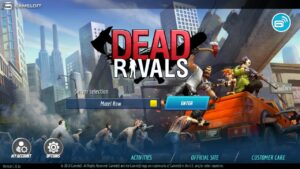 Dead Rivals Zombie MMO is a new massively multiplayer online game by Gameloft in which you fight against the hordes of zombies. Here’s all you need to know about the Dead Rivals game; Dead Rivals guide and Dead Rivals tips, cheats to defeat the waves of zombies. And also check out how to play without auto-mode!

Dead Rivals is a brand new MMO game for mobile devices by Gameloft. It features a lot of game modes, hereos[3], weapons, armors, skills, and much more. In this post, we have covered everything about the game you need to know; Dead Rivals guide, Dead Rivals tips, cheats for beginners!

As usual, it starts with a tutorial in which you learn about the basic of the game; how to play Dead Rivals, about skill, shooting, navigation, and much more. The tutorial covers;

After the tutorial, you can independently play the game as you want.

The Basic – At the beginning of the game, most of the game modes[PvP, World boss fights, multi-team PvP battles] are locked, you have to level-up to unlock these modes. In normal quests, the most common objective is to slay down the zombies or defend shelter or solve problems[such as pig infection]. Let’s start the Dead Rivals guide to learn everything about the game from 0. 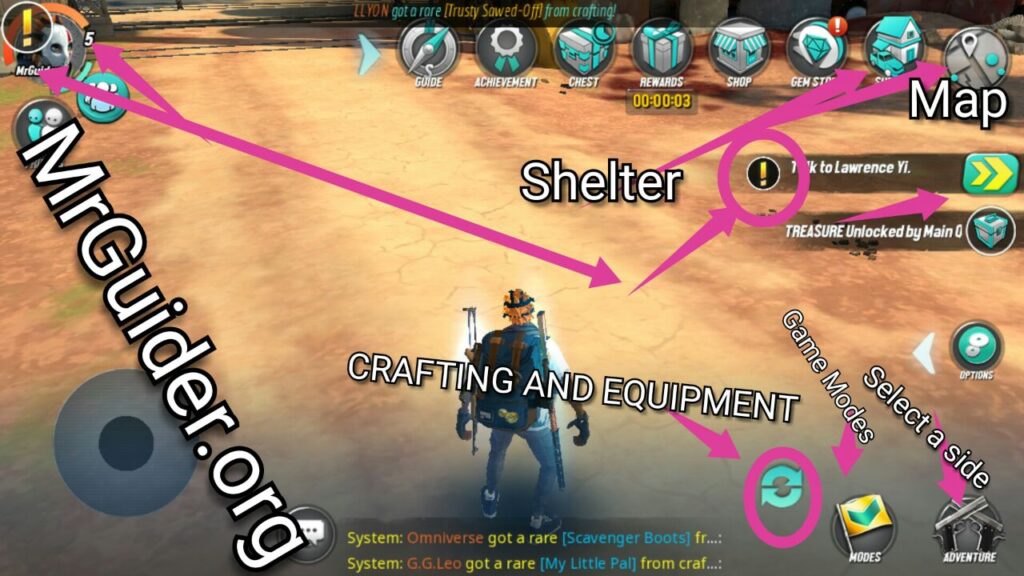 Look at the above picture, this is the main screen of the game, where you can interact with other players too.

If you tap on the yellow icon(>>) next to your current task, your character will automatically complete the task. But you are playing a game! Auto-playing is like watching a gameplay!

How to play without auto-mode?

Step 1.) Read the quest or task! Don’t tap on the Yellow icon. 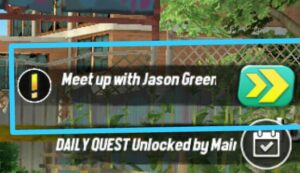 Step 2.) Look at the above picture, our task is to meet-up with Jason Green. Now, tap on the map(at the top-right corner), and follow the “location” icon to find Jason Green. 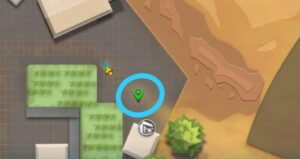 Dead Rivals Tips ->Just note the icon next to your quest and follow it on your screen. 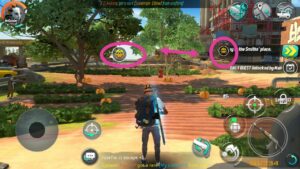 Leveling-Up – How to level up fast in Dead Rivals game?

As you know, most of the features are locked at the beginning of the game. To unlock these modes, you have to level up your profile. You need XP to level up the character and to obtain lots of XP, follow these instructions;

To access the main quest or go to an adventure side, tap on the adventure icon at the bottom-right corner. Currently, there are seven sides;

Play other modes -> on the main screen -> tap on the modes[flag icon], at the bottom-left corner and choose the mode you want to play. Currently, in the beginning, you can play;

You can play these modes solo or with other players.

Level up also increases the attributes of your character;

To defeat the powerful zombies or boss in highly action-packed game modes, you need to increase the power of your character. The character’s power depends on;

You can craft armor and weapons using crafting material.

The new skill gets unlocked when you reach a certain level

Crafting is one of the main tasks in Dead Rivals game. There are three types of items you can craft;

To craft an item, on the main screen -> tap on the reload button(at the bottom-left, near modes option) – > choose crafting.

Select the weapon or armor or an item you want to craft and hit on the make button. For crafting, you need crafting material; just tap it to check the acquisition stage or mode.

Dead Rivals Tips -> When you craft an equipment, you have a chance to get a higher rarity and an extra random attribute.

⇒ Upgrade your weapons & armors to increase the character’s power. To upgrade, tap on the reload icon on the main screen -> equipment -> choose the weapon you want to upgrade and confirm.

Buildings in your shelter;

The main house is the command center of all shelters and provides support to other facilities. You can not upgrade other buildings beyond its level.

Upgrade other buildings to increase the production of food or capacity to store more items.

Used in upgrading equipment or other buildings. 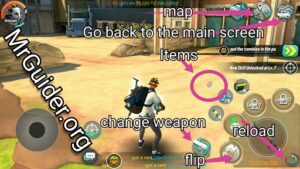 So this is the Dead Rivals guide and some tips for the beginners. Download the game – here[Google Play Store]. Also, see – Top best action games for Android 2018