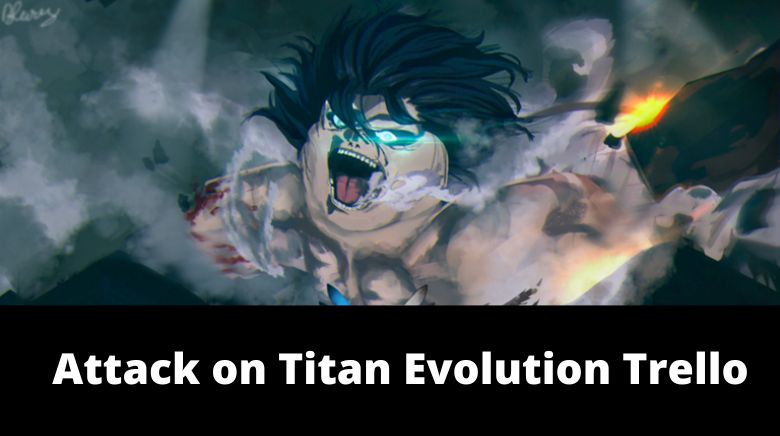 Below we have shared the Attack on Titan Evolution Link(Official One): –

To start a match, just step on the pad in the center. You will be prompted with a ballot screen. Vote on the map and the difficulty you want to play. It’s highly advised for newbies to NOT play on anything other than EASY. After the 30-second countdown has finished you will be teleported to the battle where you have to slay a certain amount of titans in order to complete the task.

Press the V key to equip your gear, R key to reload, E & Q keys to hook, and space to boost. To slay a titan you will have to slash their nape. When killing titans there’s a chance it will drop a perk for you to equip inside of the blacksmith. If you’re playing on hard or higher there will be a penalty for losing.

Titans in this mode turn around very slowly, and their napes are 1X0 HP; this mode is highly advised for beginners to get their starter upgrades. (keep 100% of exp and cash on death)

A little bit harder than easy mode, the nape now has a decent amount of HP and the titans turn around faster compared to easy mode. (Keep X80% of exp and cash on dying).

Hard mode has an increased amount of titan and fast turnaround speed; the nape now actually has to be hit a few times with a decent amount of momentum. (Lose X60% of exp and cash on dying)

The extreme mode has an increased amount of Titan, super fast turnaround speed, a lot of nape HP, increased aggro range, and increased walking speed. (Keep X40% of exp and cash on dying)