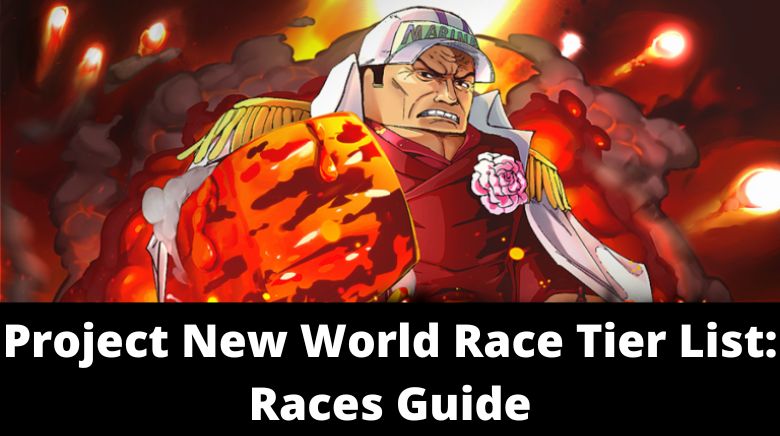 In Project New World, there are many races that players can adhere to for passive buffs, like HP regeneration, stamina, health, swim speed, etc. Before proceeding to the race guide, we suggest you check the Project New World codes, the tier list for fruits, Trello, and the map.

Human is a common race in the game, with chances of acquiring it at 55%. The human race does not grant any passive buffs, so we suggest rerolling for another race, which gives a meaningful trait to help you clear quests or defeat enemies.

Elf is another common race like Human. But unlike the human race, the Elf race grants a “+2.5% hp regen” passive buff. HP Regeneration passive buff of Elf will help you replenish the HP of the character over time when low on health. 55% chances.

3 Eyed Tribe is another common race like Elf and Human. But unlike the human race, the 3 Eyed Tribe race grants a “+2.5% Stamina” passive buff. Stamina stat is one of the essential attributes of the character in the game, affecting its ability to perform several actions. 55% chances.

Skypeian is an uncommon grade race in the game with two buffs; “+25% Jump Power” and “+2.5 Stamina”. 35% chances. We have already discussed the stamina effect above(3-Eyed Tribe). The Jump Power buff of Skypeian Race enhances the jump ability of the character; the buff significantly improves the jumping action.

Fishman is an uncommon grade race in the game with two buffs; “+35% Swim Speed” and “+2.5 Health”. 35% chances. Swimming Speed buff will only help at the time of swimming, so it’s not versatile. The health buff is good as it increases the character’s health.

Mink is an uncommon grade race in the game with three buffs; “+15% Walk speed”, “+15% Jump Power,” and “+2.5 Stamina”. All these three buffs are useful and significantly improve the character’s performance while clearing quests or fighting enemies. With the walking speed and jump power buff, dodging or evading the enemy’s strikes would be easy. 35% chances.

There are not many rare-grade races at the moment;

Dragonoid: This race grants these buffs; +1% Observation Dodge, +25% Jump Power, +10% Health Regeneration, and +10% Health. Overall a good buff kit that enhances the character’s dodge and jump power along with increasing HP and the addition of HP regeneration that can improve survivability.

Lunarian: This race grants these buffs; +1 Skywalk, +25% Jump Power, +10% Health Regeneration, and +10% Stamina. The two buffs of HP regeneration and Jump power are similar to Dragonoid. The other two are different; stamina and skywalk.