Started playing MLA and wondering what are the top-tier heroes in 2022? Read on for Mobile Legends Adventure Tier List 2022 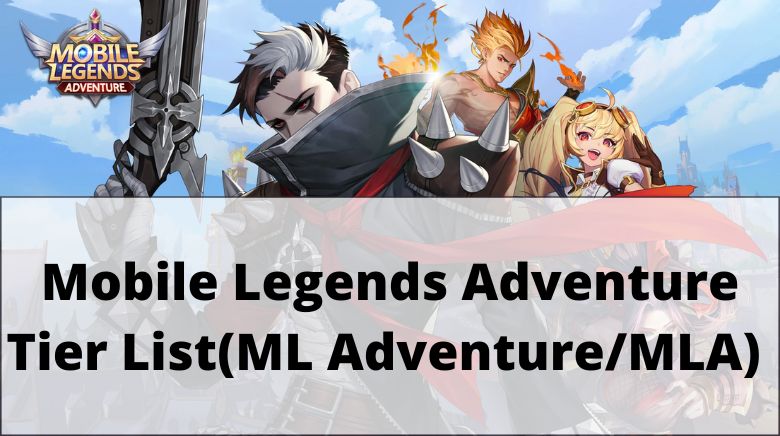 ML Legends: Adventure game features almost all the characters from the original ML game. There are epic heroes, elite heroes, and common heroes. All these heroes possess unique skills and have strength in a special attribute. For example – tank, healing, damage, AoE, crowd control, etc. If you are going to play this game for a long time, then you should focus on the Mobile Legends Adventure best heroes. Now, let’s learn more about the hero tiers and how to reroll – Mobile Legends Adventure Tier List 2022 & rerolling guide!

In this MLA tier list aka Mobile Legends Adventure Tier List 2022, we are going to rank all the heroes featured in the game in six major tiers; tier 1, tier 2, tier 3, tier 4, tier 5, and tier 6.

How to reroll in ML: Adventure: –

Continue until you get the best heroes/desired heroes.

It would be a good idea to reroll after second 10-draws. You can earn diamonds by completing the daily quests, achievements and from the campaign mode chapters. The 10-draw will cost (2500) diamonds. In the Wishing Shrine, you can draw (10) heroes in premium summon banner and may get the top tier heroes. The drop rate is not quite good though: –

We would strongly recommend you to go for bulk pull(the 10-draw) rather than the individual pull, which costs 280 diamonds. Check the ML Adventure tier list above.

Lolita is one of the best tanks in the Mobile Legends: Adventure game. She possesses amazing shield skills, which increase her survivability on the battlefield – and, as a result, Lolita soaks most of the damage from the enemies. Apart from the shield skills, Lolita has AoE, Crowd Control(Stun), Burst DMG Skills.

Angela is an epic hero with powerful healing and bonus skills, which make her another one of the best supporter-type heroes in the game. Let’s take a look at her magic skills that you can use in the battlefield for healing & bonus/buffs: –

One of the strongest heroes in the game – with self-healing – regeneration and buff skills. His stats are great – making him a decent tier hero in ML: Adventure. Let’s take a look at his skills: –

He excels in unleashing AoE and Control skill effects. Let’s take a look at Grock’s skills: –

Rafaela is an elite hero with healing and magic damage skills.

So this would be all in this post on Mobile Legends Adventure Tier List 2022. This article was last updated in 2022.