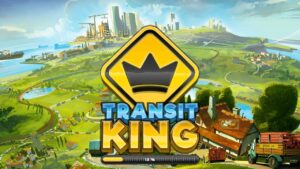 Fingersoft, the creators of Hill Climb Racing game series published a new simulation game for Android called Transit King Tycoon. In the game, the player works as a transport manager and take care of all kind of transportation activities and earn money. Check out the transit king tycoon beginner’s guide, tips, and cheats to build transport empire. 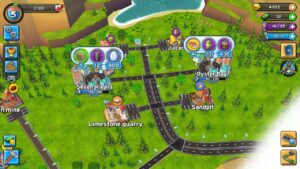 As usual, transit king tycoon game starts with a tutorial in which you learn about the basic of the game; how to play transit king tycoon, how to manage transport activities, about trucks, vehicles, drivers, sources, destination, and much more. Once the tutorial ends, you have to manually handle all kinds of activities. Let me explain each section and the gameplay in detail: –

⇒ Oyster Bay company needs 400qt. apple to make apple juice. To accomplish this task, you send your trucks; select the source[juicer] and the destination[Oyster Bay]. You will get your reward once the order gets completed. Similarly, if a factory needs eggs, you have to instruct your trucks to pick eggs from the chicken farm and deliver to that specific factory.

This is what you have to do in Transit King Tycoon Game! Now let’s start the Transit King guide[part-2]. In this part, we will learn about each section of the game; In-game currency, drivers, fuel, parking, and much more. Let’s begin the transit king tycoon game guide;

Coins in transit king tycoon used in buying and upgrading of trucks. You can obtain gold coins by completing the tasks; deliver the items to all factories. Spending coins perfectly on upgrading and buying boost up the game progress. Also, see – Best Pokemon games for Android

Transit Notes used in buying coins, fuel, and drivers. It is one of the rare obtainable items in transit king tycoon game. Don’t spend it blindly. You can earn transit notes for free by completing the contracts. Also, see – Top new Android games 2018

As all of you know, fuel is required to keep running the trucks. You have to refuel each truck after a certain period of time, otherwise, they will stop on the road. Fuel can be obtained by leveling-up the game profile, as a reward, or in exchange for transit notes. Also, see – Best offline games for Android

You have limited drivers at the beginning of the game, so you are restricted to send all of your trucks at once for the delivery. You can increase these numbers temporary in exchange for transit notes or level-up your profile.

To level-up in transit king tycoon game, you need XP. XP can be earned by completing the orders and contracts. Leveling up the profile also unlocks new cities, feature, increase the number of drivers, fuel capacity, and much more. Also, see – Best strategy games for Android

You may want to cancel the ongoing order; because you want to send it to another place, you have limited fuel and route is too long. To cancel an ongoing order in transit king tycoon; tap on the route option(at the bottom right), head to all routes, tap on the cross option next to an ongoing order to cancel it. Also, see – Best action games for Android

You have to build the road from the origin of long distance factories to the working road. Tap on the hammer option at the bottom left, choose build road, tap on the factory and take the pointer to the road, and at last confirm it. You have to pay gold coins for it. 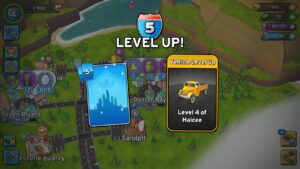 These transit king tycoon cheats, tips, and strategies help you in building the best transport empire ever.

As mentioned above, coins are very useful in this transport simulation game. If you have no coins, you can not buy more trucks, if you have limited trucks, you will not be able to complete bulk order and all these things slow down the progress. So you have to maintain the cash inflow by completing the short orders; before sending the trucks, take a look at the orders you have to complete. For instance, you have to deliver 1600 qt. of clay to Merrywood. It is obvious that your truck will take hours to complete this big order and you will have to wait for hours to get the reward. So complete short orders to maintain cash inflow.

You can increase the attributes of trucks[Haicee] and boost up the game progress in transit king tycoon. Attributes such as; load time, speed, fuel points, and cargo capacity. Upgrading trucks improve the performance and it helps in a number of ways; fast delivery, fast reward, and minimum consumption of fuel. So spend some coins on your truck upgrading.

There are a number of ways to level up fast in transit king game; accept and complete the contracts, complete short orders. To accept the contracts; tap on the book option on the right side and confirm your action.

You will receive daily login reward and you can double it by watching a video ad. Another way to increase your reward is using boosters; just go to the shop section, then boosters, get the booster in exchange for transit notes. But it if you have a decent amount of transit notes available.