Guardian Tales Alef: how good is Golem Rider Alef in Guardian Tales? Learn about his strength, skills, and more in this overview 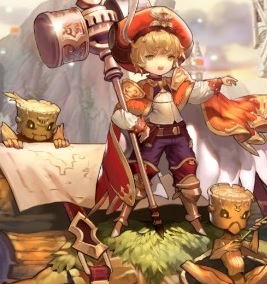 Alef, full name Golem Rider Alef, is the latest character in Guardian Tales. He is a 3-star grade warrior role earth element character that’s known for boosting the defense of allies with party buff and special abilities. Golem Rider Alef made his debut in Guardian Tales English version on October 20, 2020 – and, available to summon through the gacha portal. In this post, we have shared a brief overview of this character. So let’s not waste any time and get straight to the main content. 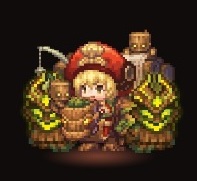 Normal Skill: Alef has one normal skill, Implosion, which lets you inflict damage on the enemies with shockwave – auto-target, from a distance.

Chain Skill: you will need to awaken him first to use the chain skill in the battle. Alef’s chain skill activates when you put the enemies in an Airborne ailment state. With chain skill, Alef drops boulders on the enemies to inflict damage.

Party Buff: Alef’s passive buff is similar to Catherine’s passive. It raises the ranged defense by a massive figure; +70%, which means you will be receiving less damage from the ranged attacks. Others: +6% weapon regen. speed, +6% skill ATK.

How good is Alef? Well, not the best, but also not bad. There are many heroes available in the game that do well than Alef. For instance, Oghma is much better than Alef as his passive is more universal – unlike Alef’s passive, which only boosts ranged defense, Oghma’s passive boost all DEF.

Also, his normal attacks are not so fast; you will notice a slight delay in consecutive attacks. In the DMG aspect too, Alef does not stand high.

In our opinion, he is sort of average, not the best(Colosseum and Arena). In PvE, his passive can help your team. 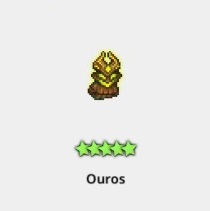 Golem Rider Alef’s EX weapon is Ouros. Ouros’ base stats empower Alef’s base stats such as DEF, HP, Skill DMG, and Earth ATK. It’s skill Earth Slam is the better version of his own normal ATK; more AoE and DMG.

How To Get Alef & His EX Weapon?