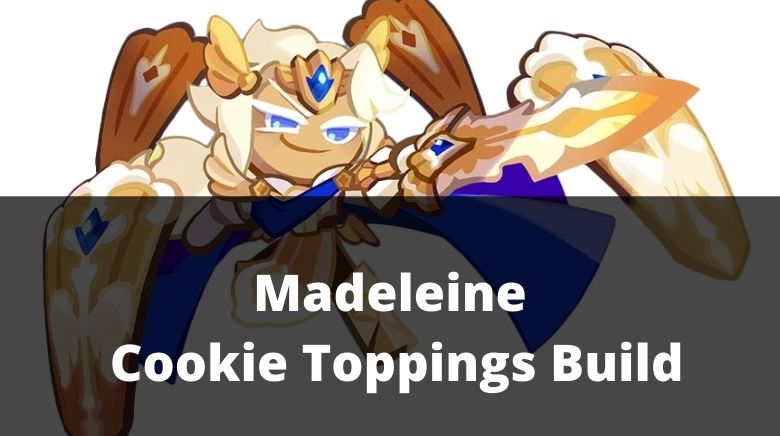 The best Madeleine Cookie Toppings build set(Epic, Front, Defense) in the Cookie Run Kingdom would be X5 Solid Almond Topping set that will boost his survivability and tank-role performance on the battlefield. Since Madeleine would be standing in the front, it’s important that he lasts long and protect the middle and backline allies as long as he can.

To boost his survivability, the DMG Resist build set can be used. For that, you will be using X5 Solid Almond Toppings; + DMG Resistance.

An offspring of a noble Cookie family from a peaceful republic across the ocean, Madeleine Cookie, armed with his family’s influence and shiny new armor, is already the Commander of a knight order. On the day of his Commander’s Oathtaking, Madeleine Cookie dedicated himself to the Divine and was granted the Sword and Shield of Radiant Light, which he prizes the most among his numerous possessions.

The glorious Knight Commander’s usual duties included trotting around the city on his snow-white sugar horse or letting his heavy cape flutter dramatically on the wind during his sparring sessions. Not too long ago, the heroic Madeleine Cookie set on a quest in search of the legendary Soul Jam capable of granting Cookies eternal life! Will the noble paladin’s first campaign bear fruit