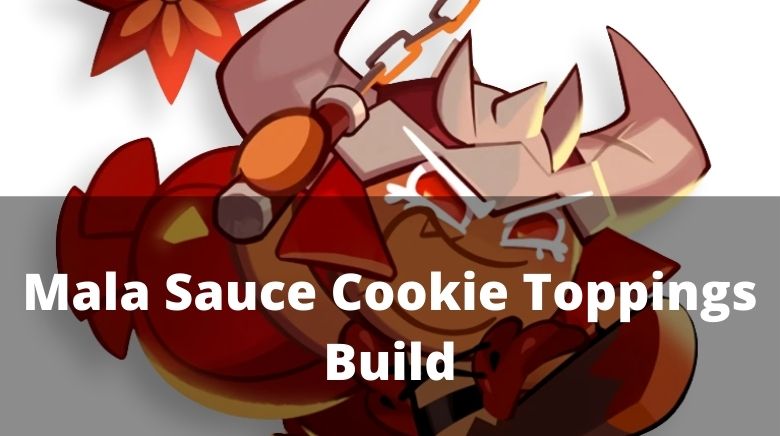 The best Mala Sauce Cookie Toppings build set in the Cookie Run Kingdom would be; X5 Solid Almond with CD substats, X5 Swift Chocolate with DMG Resist Substats, and X5 Searing Raspberry for more DMG. The Solid Almond Toppings build with CD substats allow Mala Sauce Cookie to survive longer and cast the skill quickly. With the Swift Choco toppings build with DMG Resist substats, Mala Sauce will quickly unleash the skill and survive a little longer. Or, you can go with X5 Searing Raspberry toppings build, which gives her more DMG, since her DMG output is not good, this build might work for you.

“The blistering heat of the Dragon’s Valley seems inhospitable to all forms of life. That is… until you get to know the spicy Cookies of the Mala Tribe. The entire tribe is unyieldingly spicy, but none come close to Mala Sauce Cookie with her mind-numbing, fiery taste! Her strength knows no bounds: a simple tap on a boulder shatter it to pieces, a full swing of her Morning Star Anise triggers a massive whirlwind. Due to her fierce determination to protect the tribe, she was the only cookie who succeeded in the dreaded Trial of the Dragon. It’s no wonder that she is destined to be the future leader! Despite the twists and turns with her first adventure outside of the village, if she can captivate the spicy denizens of the Mala Tribe, the outside world doesn’t stand a chance!”